A composite crash absorber element for potential use in z-struts of commercial aircraft fuselage structures was developed, which absorbs energy under crash loads by cutting the composite strut into stripes and crushing the material under bending. The design concept of this absorber element is described and the performance is evaluated experimentally in static, crash and fatigue test series on component and structural level under normal and oblique impact conditions. The physics of the energy absorption by high rate material fragmentation and delamination interactions are explained and numerical modelling methods in explicit finite element codes for the simulation of the crash absorber are assessed. Keywords: composite crash absorber, z-strut, aircraft crashworthiness, energy absorption, crushing, fragmentation, delamination, finite element simulation. 1 Introduction Modern commercial aircraft are designed for crashworthiness with the fuselage structure’s crash behaviour typically being evaluated in vertical drop tests, as illustrated in Fig. 1 [1-3]. In case of metallic materials, the energy is normally absorbed by plastic deformation, while it is crushing and fracture for composite structures. Besides the deformation of the primary structure itself, additional energy absorbers can be incorporated to improve the crash behaviour, which can be based on different concepts. In the chain of energy absorption, the subfloor area of the lower fuselage is loaded first. A lot of research was conducted with respect to composite sine wave beams in the subfloor structure that are crushed under vertical crash loads [4-9]. Further concepts are based on foam [10] or honeycomb absorbers [11, 12] in the subfloor structure. 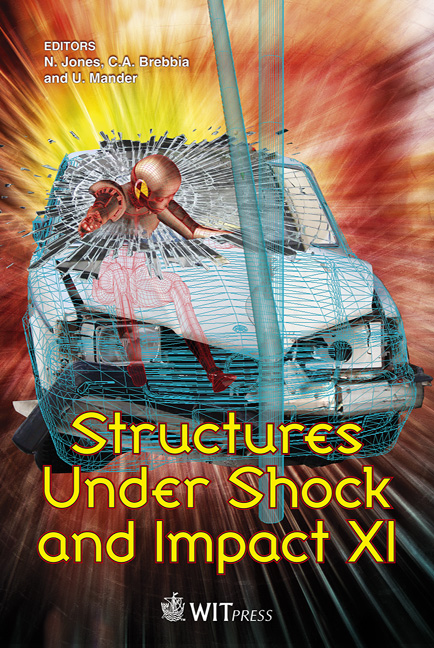