Seventy percent or more of the blood volume is contained by the venous return, and this system of vessels represents a highly distensible, low-pressure configuration. Disease states associated with the venous system have a high impact on society; complications from acute and chronic deep vein thrombosis (DVT), the precursor to post-phlebitic veins (PPV), contribute to more deaths each year than AIDS and breast cancer combined, affecting between 1 and 2% of hospitalized patients in the United States. To our knowledge, there are no published studies with regard to the biomechanical dispensability of either clinical or experimental PPV. To examine the effects of DVT induction on vessel wall biomechanics, a distinct DVT-induced murine model was evaluated. The DVT model was generated using a well-established model via partial ligation of the murine vena cava (MVC). The anisotropic biomechanical properties of each variant were determined along the primary loading axes: circumferential (perpendicular to the surface created by transecting the vein wall longitudinally), longitudinal (perpendicular to the beginning/end surfaces of the isolated intact vessel segment), and luminal (perpendicular to inner surface of vessel) of healthy and diseased vascular tissue via nanoindentation. Three indentation parameters were determined to describe the inherent tissue mechanics: unloading stiffness and two reduced elastic moduli (Oliver-Pharr and JKR formulations). Nanoindentation testing indicated that MVC induced with DVT demonstrated mean deviations (as compared to the normal, baseline tissue) in elastic moduli for the longitudinal and luminal directions. The data also indicate that the unloading stiffness in the longitudinal direction has the largest average magnitude among the three physiologically-relevant planes. Keywords: nanoindentation, deep vein thrombosis, elastic modulus.

The Variation Of Dobutamine Induced Heart Stress With Heart Rate

Prediction Of Stent Endflare, Arterial Stresses And Flow Patterns In A Stenotic Artery 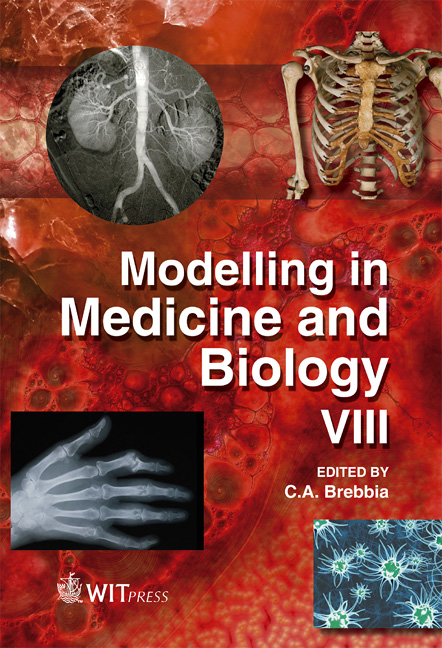 The Variation Of Dobutamine Induced Heart Stress With Heart Rate

Prediction Of Stent Endflare, Arterial Stresses And Flow Patterns In A Stenotic Artery