The aim of this study is to analyse the nonlinear effects in the interaction between regular waves and a 4 column structure by means of the fully nonlinear 3D Numerical Wave Tank method. In particular the attention is focused on the frequency analysis of the results in the ka range where Malenica et al. [1] have shown the possibility of occurrence of the second order near trapping phenomenon. The specific case analysed corresponds to a radius to wavelength ratio or ka parameter 4 times smaller than that causing first order near trapping. It will be shown that even in small steepness waves, the Fourier analysis applied to the wave elevation in the zone between the cylinders reveals the presence of large magnification factors of the second harmonic component. Introduction 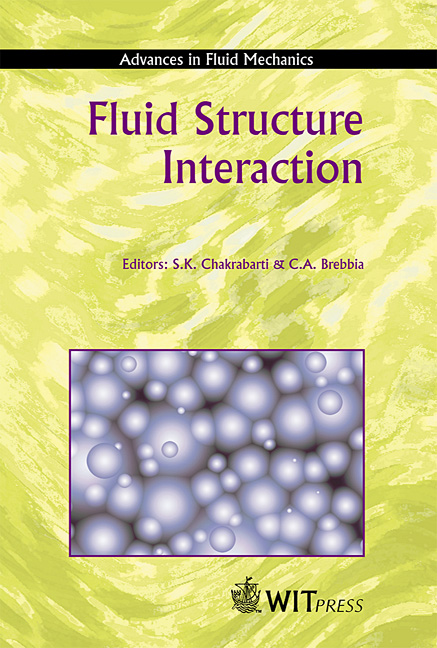