Concrete liquid storage tanks are commonly used in regions that may be highly seismic, for the storage of water, petroleum products and other chemicals. In some cases, such as for liquefied natural gas (LNG) tanks, a secondary concrete containment is designed for external protection, ignoring any direct contact or interaction with the inner storage liquid by creating a gap, as another inner tank is used to hold the liquid. Typical secondary containment tanks for LNG are circular, upright concrete tanks, with fixed roofs, while the support wall conditions at its base can be hinged or fixed. In this study, the nonlinear behavior of ground supported circular reinforced concrete containment tank under the effect of the seismic loads is investigated for both hinged and fixed wall support conditions. A threedimensional finite element model considering material nonlinearities was included. In particular, the Concrete Damage Plasticity (CDP) model, capturing the possible tensile cracking and compressive crushing of the concrete containment systems under seismic loads was adopted. By adopting time history analyses, deformation and stresses developed in the tank were assessed when subjected to large earthquakes, namely the 1994 Northridge and 1995 Kobe earthquakes, while frequency domain analyses were also conducted, to obtain the natural period and mode shapes for different wall support conditions. The results showed that in the hinged tank, the walls experience higher structural responses (in terms of shear force and bending moment); compared with the fixed tank, particularly around the mid-height zone of the tank wall. Conversely, at the base of the fixed tank, shear forces and bending moments were higher, compared with the hinged tank’s base. Under the effects of large earthquakes, both tanks experienced damage, yet larger seismic forces upon a hinged tank could potentially create more damage. 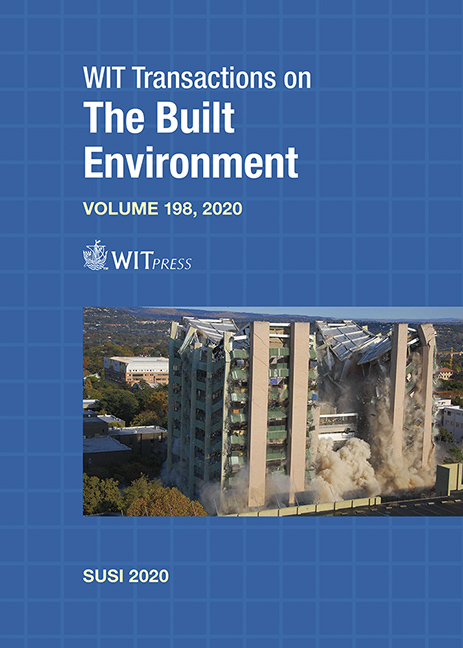