Owing to the global abnormal weather in recent years, short-duration heavy rain that reaches 1,000 mm in 24 h occurs locally, causing large-scale sediment disasters and flooding of rivers in mountainous areas. To help in eliminating casualties caused by natural disasters, sediment disaster alert information has been issued since 2001 based on physical modelling with an input of analyzed precipitation derived by correcting precipitation radar data with ground rainfall observations. However, in mountainous areas where sediment disasters occur, precipitation may differ greatly from the analyzed rainfall depending on the location. Therefore, we placed real-time weather sensors in sediment disaster hazard zones and predicted the occurrence of sediment disasters based on actual local rainfall observational data for the purpose of issuing evacuation information. The authors used real-time rainfall observation for measuring rainfall intensity every minute in Nishikatsura Town, which is located in Yamanashi Prefecture at the foot of Mount Fuji. Through observation, it was revealed that there was a periodic pattern of rainfall-intensity variation during short-duration heavy rainfall. The authors took into consideration this variation pattern to develop a new method of predicting rainfall at that local site by combining real-time rainfall-observation results on record for the site with corresponding data from other sites. Using this real-time precipitation prediction, it is also possible to predict the occurrence of real-time sediment disaster. In this paper, the method of analyzing the variation pattern of rainfall intensity using real-time precipitation observation data is shown, and the validity of the prediction method is verified by performing rainfall prediction for a certain observation point using rainfall-observation data from another point.

EVOLUTION OF COGNITIVE DEMAND IN THE HUMAN–MACHINE INTERACTION INTEGRATED WITH INDUSTRY 4.0 TECHNOLOGIES

ANALYSIS OF THE ASSURANCE OF WORK EXPERIENCE FOR UNIVERSITY GRADUATES IN THE CONTEXT OF INDUSTRY 4.0 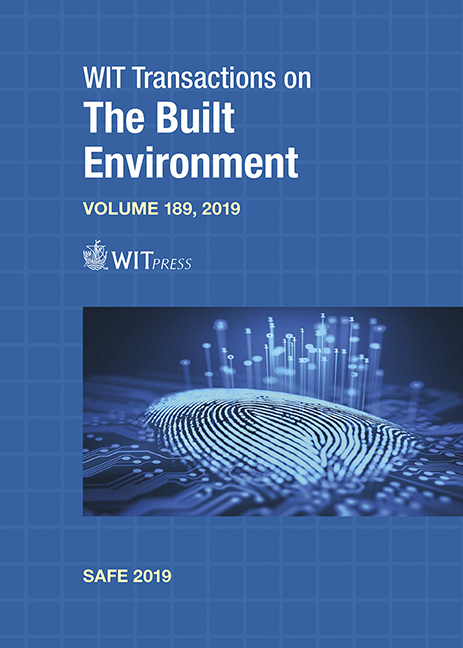 EVOLUTION OF COGNITIVE DEMAND IN THE HUMAN–MACHINE INTERACTION INTEGRATED WITH INDUSTRY 4.0 TECHNOLOGIES

ANALYSIS OF THE ASSURANCE OF WORK EXPERIENCE FOR UNIVERSITY GRADUATES IN THE CONTEXT OF INDUSTRY 4.0