The experimental study of structural vibration is often performed to determine the modal parameters of a structure or to verify the theoretical models and predictions. The first phase of this research involved the experimental determination of the modal properties of a rectangular steel tank with different levels of water. The natural frequencies obtained from the experiments were compared to those calculated by the analytical models. In the second phase, a finite element analysis is carried out. The numerical results are compared with the experimental values, and a very good agreement between experimental and numerical results was obtained. Keywords: modal test, rectangular tank, fluid-structure interaction, finite element method. 1 Introduction For several decades, the fluid-structure interaction problem has been a continuous challenging research subject in various scientific and engineering applications, such as stationary liquid storage tanks, dam-reservoir systems, nuclear reactors in fluid and tower-like structures (Rebouillat and Liksonov [1]). The dynamic interaction between an elastic structure and a compressible fluid has been the subject of intensive investigations in recent years. At present, the most common approach being adopted is that the fluid and structure are coupled and solved as one system. This system can be solved by numerous numerical methods, such as finite element (FEM) (Ghaemmaghami and Kianoush [2]), boundary element (BEM) (Kim et al. [3]) and coupled boundary element-finite 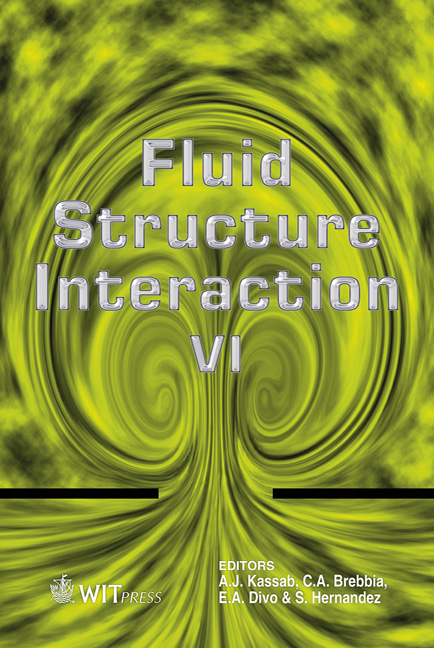