In big cities underground spaces are built up for subways, underground parking and tunnels, etc. These rooms are threatened by terrorist attacks and not only human lives can be lost but also extensive material damage can be expected. This is why it is of great importance to predict dynamic impacts of explosives, which can then be transformed to static statistically evaluated loading. In this paper the impact of explosion and air strike wave is formulated and solved. Gas dynamics and dynamic response of soil with process of dissipation of air-strike energy are considered. This means that some part of this energy is transferred into structures and soil mass. It appears that for contact explosions on the soil surface this part can be up to 30% of the total explosion energy (in soft soils). The variables to be calculated are mass density of gas, the velocity of movements and the internal energy. The latter covers the influence of the gas pressure, being given for the adiabatic state. The air is linearly related to the internal energy of a unit mass of the gas, and the density, while in the neighborhood of the source of explosion the pressure changes nonlinearly with respect to the gas density. Time dependent finite element solution is compared with results published in Lucy, L.B. (1977). A numerical approach to testing of the fission hypothesis. Astron. J. 82, 1013. Keywords: underground parking, striking wave due to explosion, time development of gas pressure, impact load. 1 Introduction Numerical simulation of gas explosion is very particular as the system of equations describing the process are nonlinear and of the first order. Moreover, 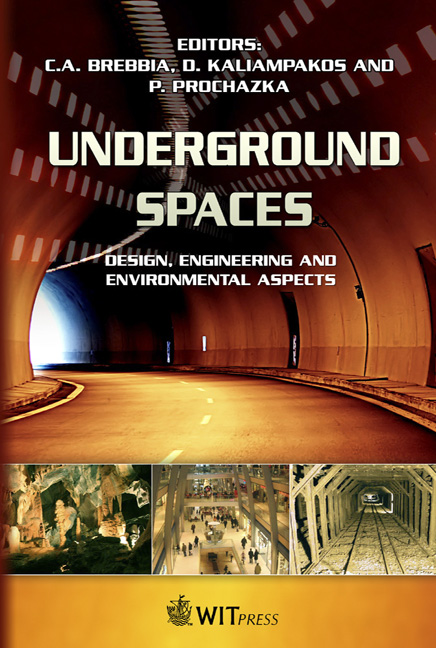