The availability of mobile computing and satellite technologies make it possible to develop applications that are aware of user location. However, as the amount of collected data grows quickly, coming up with techniques that ease interpretation of such data is essential. In this paper, we employ a data mining approach to infer regularly visited locations and the routes between them from GPS (Global Positioning System) logs captured in an incremental fashion by a PDA. In our implementation, outdoor locations can be detected as well indoor locations visited by the users. Once the list of locations is determined, this list is clustered to group locations in close proximity. After clustering and reduction, the original database is scanned for transitions between location groups to find the routes. If there are similar routes between origin and destination then these will be merged, and finally a list of different routes between two locations will be obtained. This technique could be used as part of a monitoring system for vehicles that are aware of their location and security as well as using logs from different users to create a dynamic map of the regions where digital maps are not available or not feasible. Keywords: PDA, GPS, data mining, time series, clustering, route determination. 1 Introduction Data mining is understood by us as a particular implementation, which is normally implied to retrieve a certain kind of information from a considerably large scale of data. Parallel to accelerated advancements in computing and telecommunication industries, mobile computing technologies have improved and became highly available to a wider group of users ranging from students to government departments. Today, it is not very difficult to obtain a mobile computing device that has support for various sensors such as Global Positioning System (GPS) and Internet connection. 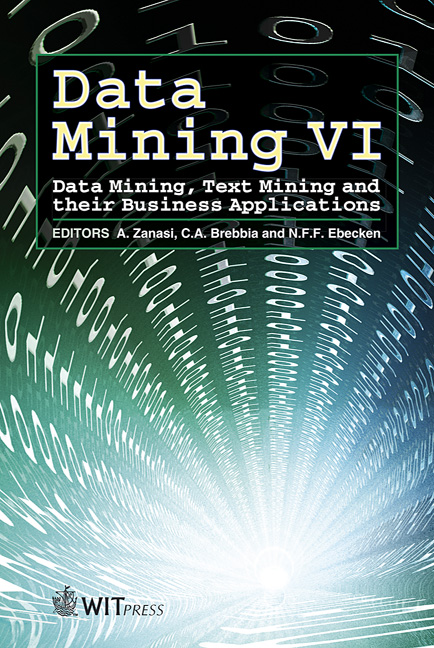