Three-dimensional simulations of spiral waves in reacting and diffusing media on DSM computers E. M. Ortigosa*, L. F. Romero* and J. I. Ramos^ * Dept. de Arquitectura de Computadores, Universidad de Malaga, Spain ^ E.T.S. Ingenieros Industrials, Universidad de Malaga, Spain Abstract Parallel ADI and CG methods based on the time-linearization of the three-di- mensional, reaction-diffusion equations which govern the propagation of spiral waves in excitable media, have been implemented on both shared- and distributed- memory computers. ADI has been implemented by means of a dynamic block cartesian decomposition and its efficiency tends to that of the CG technique as the mesh is refined. The largest efficiency of CG was obtained on an Origin-2000 with a message passing model, private memory and 16 processors, and the efficiency of CG is larger than that of ADI. 1 Introduction Reaction-diffusion equations are ubiquitous in biology, combustion, ecology, etc., because o

A Parallel Material-point Method With Application To 3D Solid Mechanics 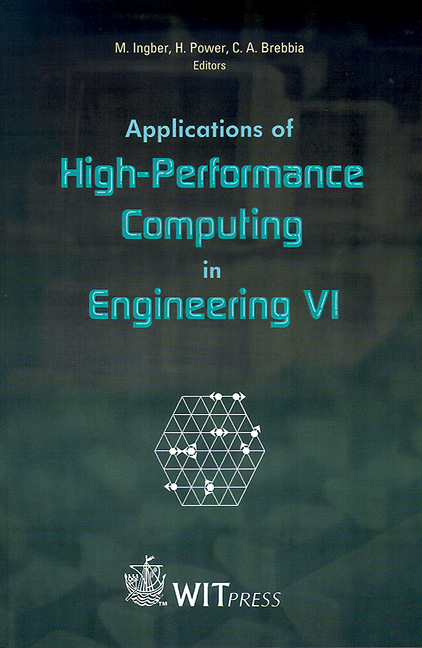 A Parallel Material-point Method With Application To 3D Solid Mechanics