This paper presents an experimental study about the friction of non-conformal point contacts (ball-on-disk) under starved lubrication. Experiments were carried out by using a Tribometer equipped with a torque sensor for measuring the friction force and a digital camera for creating optical interferometric images. The aim of this study is to measure the friction coefficient in the sliding motion with the presence of a little amount of lubrication in the inlet of contact between the ball and disk and to investigate the effect of oil-air meniscus distance from the center of Hertzian contact on the friction between mating surfaces. In addition, the reduction of friction by artificially-produced shallow micro-dents was tested under severely starved and fully flooded conditions. Results show that the coefficient of friction increases dramatically when the air-oil meniscus starts to touch the circle of Hertzian contact and there is not such a significant difference in the friction between the starved and fully-flooded contacts since the air-oil meniscus is far away from the borders of Hertzian contact. In other words, the starvation of lubrication causes a high level of fatigue and wear of machine components when there is interference between the air-oil meniscus and the region of Hertzian contact. However, shallow micro-dents helped in reducing the friction under severe starvation conditions while the benefits of micro-dents were nearly negligible for fully flooded conditions. Keywords: friction, textured surfaces, non-conformal, starved lubrication.

Experimental Characterization Of An Electrospindle With Gas Bearings 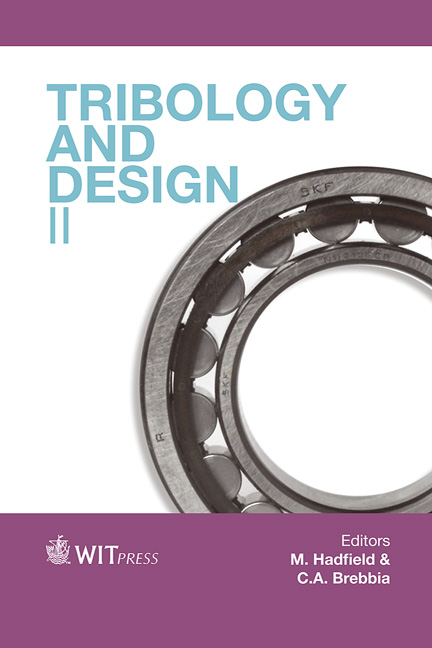 Experimental Characterization Of An Electrospindle With Gas Bearings