Advances in Fluid Dynamics with emphasis on Multiphase and Complex Flow

It is important to comprehend rheology of particle suspension to facilitate useful and effective applications in many fields. It is well known that relative viscosity for higher concentration becomes higher than that form Einstein’s viscosity equation. One of the reasons is interaction between suspended particles and suspending fluids. We previously considered the influence of interactions on increase in relative viscosity by focusing on the suspended particles’ rotational motions. For higher concentrated suspensions, the rotational motions were disturbed because particles were too jammed to move freely, especially in rotational direction. Since these rotational motions were strongly related to the total macroscopic fluid resistance, the relative viscosity depended on the microscopic gaps between the particles. In the meantime, relationships between microstructure, i.e., spatial arrangement of the particles, and rheology are still unclear. In this study, therefore, numerical simulations were conducted to consider relative and intrinsic viscosities in terms of microstructure of suspensions. The results showed that the concentration profile of the particle suspension was almost flat except for near the channel wall. Few particles flowed near the wall because repulsive force from the wall increased exponentially with approaching the wall. They flowed away from the channel wall. For the higher concentrated suspension, on the other hand, particles were too jammed to flow smoothly near the channel center. Then some particles were pushed out toward the channel wall against the repulsive force. In this case, they flowed near the channel wall as well. Owing to these effects, the concentration profile for the concentrated suspension depicted almost flat including near the wall. The microstructure for higher concentrated suspension also changed with changes in concentration profile. Then the relative and intrinsic viscosities were consequently increased with concentration. The intrinsic viscosity was significantly related to the microstructure of the suspension.

Advances in Fluid Dynamics with emphasis on Multiphase and Complex Flow

DESIGN OF OPTIMAL CONDUCTANCE PROBES FOR TWO-PHASE FLOW TOMOGRAPHY AND LIQUID HOLDUP: APPLICATION TO THE DETERMINATION OF THE AVERAGE VOID FRACTION IN A REGION

SIMULATION OF FLUID&#x2019;S AERATION: IMPLEMENTATION OF A NUMERICAL MODEL IN AN OPEN SOURCE ENVIRONMENT

EXPERIMENTAL INVESTIGATION OF THE TRANSITION ZONE OF AIR&#x2013;STEAM MIXTURE JETS INTO STAGNANT WATER 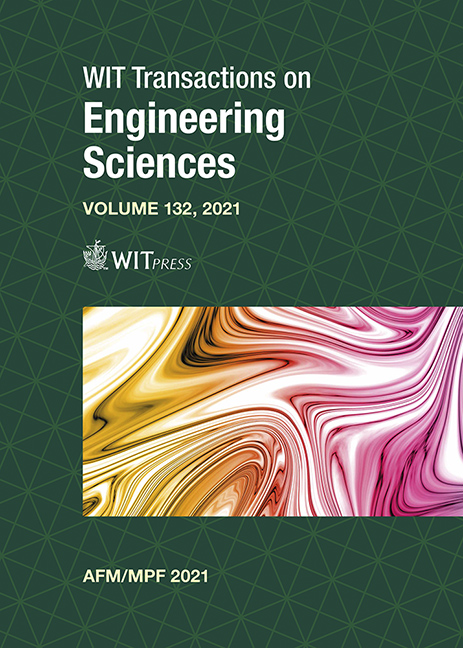 DESIGN OF OPTIMAL CONDUCTANCE PROBES FOR TWO-PHASE FLOW TOMOGRAPHY AND LIQUID HOLDUP: APPLICATION TO THE DETERMINATION OF THE AVERAGE VOID FRACTION IN A REGION

SIMULATION OF FLUID’S AERATION: IMPLEMENTATION OF A NUMERICAL MODEL IN AN OPEN SOURCE ENVIRONMENT