The purpose of the study is to examine how vortices in flow influence dispersion of short-duration gas leakage (e.g. toxic gas leakage from chemical plants). A scale model of an idealized urban canopy typical for European cities was utilized. The model was composed of closed courtyards with pitched roofs placed equidistantly from each other. An approach flow angle to the model was parallel with the shorter side of the courtyards. Flow on the model was measured by Laser Doppler Anemometry. A short-duration ground-level point gas source was placed in the model. The gas leakage was simulated by ethane as a passive tracer. The gas was detected at various sampling positions within the model at pedestrian level by Fast Flame Ionisation Detector. To obtain statistically representative datasets, short-duration gas discharges were repeated under the same experimental setting about 400 times at each sampling place. From the datasets, puff characteristics (e.g. gas arrival time) were derived. Results of the flow measurements reveal channelling effect in a parallel street. In all transverse streets, recirculation vortices with vertical axes at corners of street intersections and circulation cells with horizontal axes can be spotted. The vortices in flow substantially influence puff characteristics. For example, on one hand the corner vortices seem to shorten the mean time at which gas arrives to the sampling place for some regions of the vortices. On the other hand, sampling positions near the centre of the vortices seem to be more isolated and gas therefore gets to them on an average later than to the neighbouring sampling positions. Moreover, relatively huge mean maximum concentrations detected on an average later (measured either from the release time or the cloud arrival time) than for the neighbouring sampling positions can be found in these areas.

DEEP DRAWING FORMABILITY OF THE MEASUREMENT OF MAGNESIUM SHEET METALS

EXPERIMENTAL INVESTIGATION OF THE SEISMIC RESPONSE OF A MULTI-DRUM COLUMN 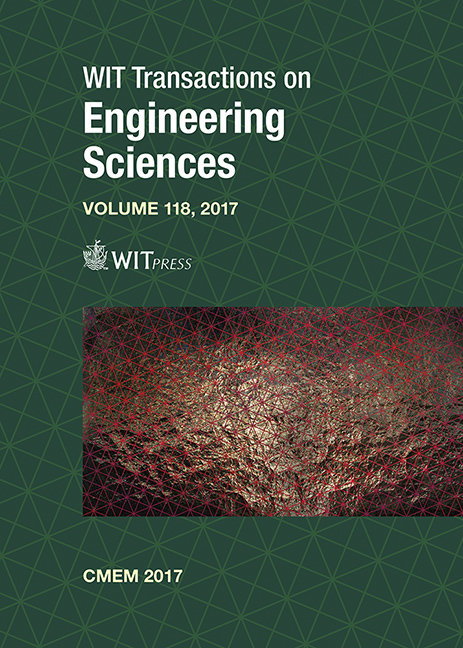 DEEP DRAWING FORMABILITY OF THE MEASUREMENT OF MAGNESIUM SHEET METALS

EXPERIMENTAL INVESTIGATION OF THE SEISMIC RESPONSE OF A MULTI-DRUM COLUMN