To understand the relationship between health and the environment, we must study a series of events that might begin with the release of pollutants into the environment and might end with the development of disease in an individual, or a population. Noticeably, many studies have demonstrated an association between environmental exposure and certain diseases or health problems. Amongst all pollutants, Cadmium, Mercury, Arsenic, Nickel and Lead are emitted from several industrial processes, energy production processes and most vehicles. Methyl-Mercury is a poisonous industrial derivative of Mercury, enters the food chain and is toxic to the nervous system. Cadmium, Arsenic, Nickel and Lead are considered carcinogenic. Lead also causes digestive problems and damage to the nervous systems, especially in children. Assessing the relationship between exposure to air pollutants and disease is complicated by the problem of multiple exposures to multiple pollutants. In fact, a controversial condition, known as Multiple Chemical Sensitivity (MCS), is thought to arise only through the combined effects of a number of chemicals in concentrations that might not be harmful on their own. In this first Italian pilot study, sufficiently large population groups have been considered to evaluate levels of toxic trace metals stored in the body by means of a hair analysis technique. For a majority of toxic trace metals the hair analysis technique has proved to be a well-suited biological marker of environmental exposure of general population to such toxic metals. The results suggest that there is an explicit correlation between exposure to air pollutants and high levels of toxic metals in the body with consequent development of diseases. 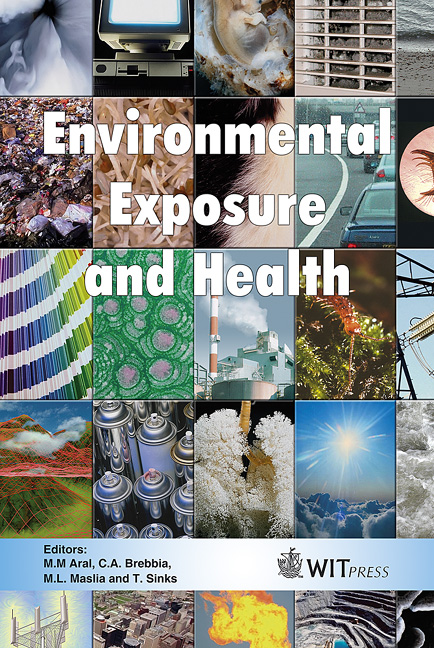