Changes In Flow In The Upper North Canadian River Basin Of Western Oklahoma, Pre-development To 2000

Changes in flow in the upper North Canadian River basin of western Oklahoma, pre-development to 2000 K.L. Wahl U.S. Geological Survey, Lakewood, Colorado, USA Abstract Water levels have declined in the southern part of the High Plains aquifer of the central USA since the mid-1960s in response to extensive irrigation development. The North Canadian River originates in western Oklahoma, and most of the basin is underlain by the High Plains aquifer. Average river flow in the headwaters near Guymon, Oklahoma, has decreased from about 0.9 nrVs before 1970 to near zero at present. Canton Lake, on the North Canadian River near Selling, about 250 km downstream from Guymon, is a source of water supply for Oklahoma City. Precipitation data and streamflow data for gages upstream from Canton Lake were divided into an "early" period ending in 1971 and a "recent" period that begins in 1978. The early period represents conditions before ground-water levels had declined appreciabl

Changes In The Hydrologic Periodicity Of The Mississippi River, USA 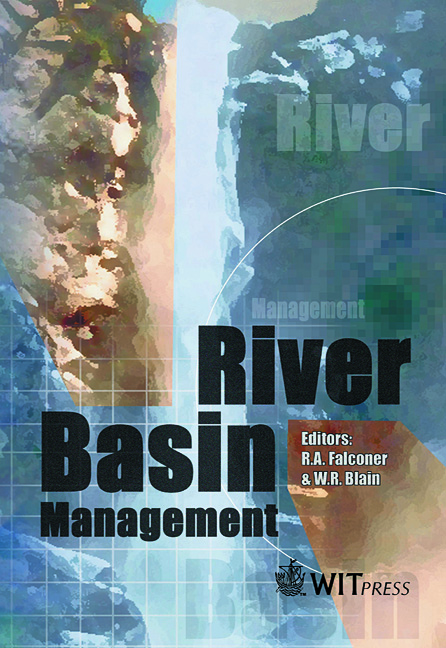 Changes In The Hydrologic Periodicity Of The Mississippi River, USA