This paper reports the results of carbon stored in soil and aboveground biomass from the most important area of mangroves in Mexico with dominant vegetation of Red mangrove (Rhizophora mangle L.), Black mangrove (Avicennia germinans L.), white mangrove (Laguncularia racemosa Gaertn.) and button mangrove (Conocarpus erectus L.) in three sites located in the Atasta Peninsula, Campeche, Mexico. Samples were taken in 2009 and 2010 during the dry season from soils with high fertility. To determine tree biomass (AGB), allometric equations were used. Greater values of AGB were found for button mangrove (253.18 ± 32.17 t ha−1) and lower values were found for Black mangrove (161.93 ± 12.63), intermediate carbon storage were found in the other two species Red mangrove 181.70±16.58 t ha−1), and white mangrove (206.07±19.12 t ha−1). Carbon stored in soil at the three sites was measured in a range of 36.80 ± 10.27 to 235.77 ± 66.11 t C ha−1. The Tukey test (p<0.05) showed significant differences exist between Black mangrove and button mangrove. The button mangrove trees evaluated had a higher AGB compared with other species, and black mangrove trees have a relatively lower AGB, because they grow in hypersaline environments which reduce their development, while for buttonwood mangrove growing on higher ground, their soils are better able to obtain nutrients. AGB tends to be relatively low in areas near the sea and rise as the forest location is closer inland. In the case of a black mangrove, usually these individuals are growing on recently deposited sediments; the Tukey test indicated no significant differences among the sample sites. These results show that all sites have good potential to store carbon for long periods of time. The carbon stored in the three sampling sites in the state of Campeche Mexico is higher than that reported by other authors in different places in the world.

Assessment Of Outdoor Thermal Comfort And Its Relation To Urban Geometry

Towards Sustainable Waterfront Transformation: Through The Mediterranean To Montenegro

The Leverage Of Corporate Environmental Protection Concepts On Employee Motivation

Concept Of An Ecologically Balanced Area Based On Ecological Footprint 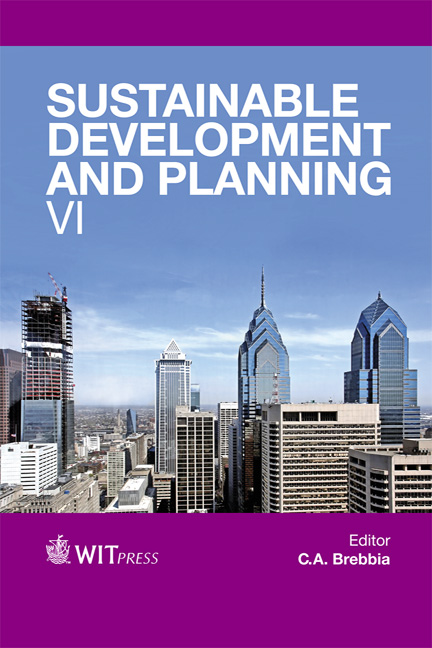 Assessment Of Outdoor Thermal Comfort And Its Relation To Urban Geometry

Towards Sustainable Waterfront Transformation: Through The Mediterranean To Montenegro

The Leverage Of Corporate Environmental Protection Concepts On Employee Motivation

Concept Of An Ecologically Balanced Area Based On Ecological Footprint