Biogas is increasingly being investigated as a source of renewable energy, however its utilisation requires an improvement of its quality. Certain biogases contain compounds called siloxanes; these compounds are the origin of some problems when using biogas. At high temperatures siloxanes are transformed to silicate oxides which can damage equipment (i.e. engines corrosion, the clogging of fuel cell membranes.). This paper provides details of the research done in the treatment of siloxane by adsorption process of adsorption. Different porous materials were studied in order to evaluate adsorption capacities. Influences of humidity and temperature on the mass transfer were evaluated. Moreover, reactors were filled with a mixture of methane and carbon dioxide (principal compounds on the biogas) in order to evaluate the impact of the gas composition in the adsorption capacities. Finally the capacity of adsorption is also evaluated in the presence of an organic volatile compound (VOC). Activated carbon cloth was chosen to continue with the experiences realised for the adsorption – desorption process. This porous material has shown good adsorption capacities. Furthermore, desorption process can be performed in situ and their implementation in industrial process is more easy. Adsorption-desorption cycles were performed and the possibilities of the material regeneration evaluated. Joule effect was employed in the desorption process in order to reduce the duration of regeneration. First cycles have been accomplished. Results are promising, even if the operational conditions of the process must be optimised. Keywords: siloxanes, biogas, adsorption, desorption, activated carbon cloth, zeolite, Joule effect. 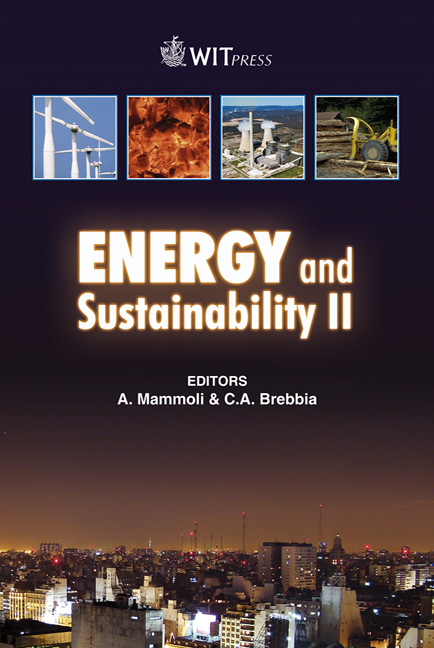