Cyanobacteria and cyanotoxins constitute a serious problem for water supply systems and recreation. The most common in Polish water bodies are microcystin-producing Cyanobacteria. Polish regulations regarding the quality of drinking water indicate the limit of 1 µg/l for microcystin-LR. Regulations for recreational water are addressed through a guideline that the water should only be inspected visually. Poland’s regulations, unfortunately, do not recommend any specific standardized methods, equipment or programmes for the risk assessment resulting from Cyanobacteria exposure. Therefore, this study is aimed at developing and evaluating a toxicity monitoring programme that would be based on the early identification of microcystin-producing genera, followed by examination of their toxic potential and toxicity. The risk of cyanobacterial blooms was assessed in six eutrophic water bodies located in different regions of Poland in the summers of 2004 and 2005. The first step of the proposed monitoring programme included a microscopic analysis of seasonal variation in phytoplankton composition and measurement of the cyanobacterial biomass. Then the toxigenic strains of cyanobacteria were determined by amplification of selected mcy genes in the microcystin biosynthesis pathway using PCR. The presence of the mcy genes in sampling water were detected at the beginning of the July, which coincided with a low cyanobacterial biomass (0.1 mg/l). In the last step, the water samples toxicity and microcystins concentration were examined by a screening method, called protein phosphatase inhibition assay, and an analytical method, called high-performance liquid chromatography, respectively. The greatest concentration of microcystins were found to be 31.22 µg/l (October) and 11.25 µg/l (September) in samples dominated by Planktothrix agardhii and Microcystis aeruginosa, respectively. Since a relationship between amplification of mcy genes and production of microcystins was not always found, it seems to be necessary to use a microscopic analysis and molecular method in parallel with toxicity analysis for providing more complete information on the cyanobacterial risk in water. Keywords: cyanobacteria, toxigenic strains, mcy genes, microcystin, toxicity.

How To Predict The Potential Effect Of Chemicals On Human Health: An Extended Question Of Environmental Toxicology

Estimation Of Vapour Pressure, Solubility In Water, Henry’s Law Function, And Log Kow As A Function Of Temperature For Prediction Of The Environmental Fate Of Chemicals 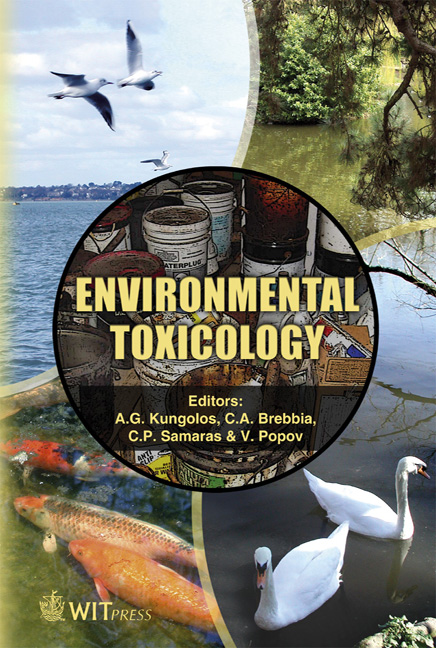 How To Predict The Potential Effect Of Chemicals On Human Health: An Extended Question Of Environmental Toxicology

Estimation Of Vapour Pressure, Solubility In Water, Henry’s Law Function, And Log Kow As A Function Of Temperature For Prediction Of The Environmental Fate Of Chemicals