Application Of FRC In Tunnel Reinforcement

Fibers in concrete should primarily restrain the material from cracks during the curing process and dehydration. For standard evaluation of the influence of the fibers, the three or four point test is studied, both experimentally and numerically on a straight beam. In tunnel lining the situation is slightly different. While the three or four point test leads to the assessment of the structure being only bended, in tunnel reinforcement not only this but also bending with normal force has to be observed. Moreover, the curing is affected by the non-uniform distribution of moistening, as from the side of the surrounding rock the measure of wet is principally higher than on the face where ventilation speeds up the dehydration. These two assumptions are considered and treated experimentally and numerically. Because a real tunnel lining is too large, a scale model is used and, consequently, more samples can be studied. Similarity rules and an appropriate calibration have to be obeyed. This paper is principally focused on the theory of possible coupled modeling of behavior of the one-sided moistened tunnel lining. 1 Introduction Recently, the author published several papers on behavior of steel FRC with Dramix type fibers in underground structures, especially in tunnel linings, [1]. One-sided moistened concrete beams have been studied from the mechanical point of view. Scale models were prepared and studied. The process, which we deal with in this paper, starts with coupled modeling targeted to description of one-sided moistened beams. Then arches are modeled and the mechanical properties are taken from the straight beam behavior. From the numerical point of view a linear system of equations for unconstrained problem has to be solved and when restrictions are imposed on stresses a nonlinear problem is to be observed. The solution of such a problem can be

Conceptual Design Of Lightweight Structures: The Role Of Morphological Indicators And The Structural Index

Influence Of Dynamic Loads On The Optimum Design Of Trusses

A New Composite Material Based On Natural Fibres And A Thermoset: Technology, Applications And Properties 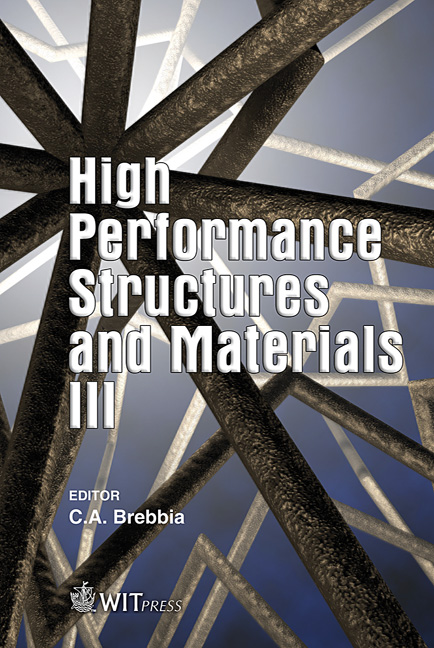 Conceptual Design Of Lightweight Structures: The Role Of Morphological Indicators And The Structural Index

Influence Of Dynamic Loads On The Optimum Design Of Trusses

A New Composite Material Based On Natural Fibres And A Thermoset: Technology, Applications And Properties