Based on a field survey and 200 face-to-face interviews, the occupancy rate, the demand effects and the mobility characteristics of users (e.g. travel purpose, catchment area, travel time) of a new park and ride facility with a capacity of 234 spaces, located at a metro station in the 10th district of Vienna, were analysed. The facility opened in 2017 in the course of the extension of metro line U1 of the Viennese underground network. In parallel parking management (pay and display parking with a total maximum of 3 hours of parking time) was introduced in the built-up areas of the 10th district. Carrying out a manual counting at the park and ride facility on working days, the average occupation rate is 78.7%. Some results from the interviews are as follows: the median distance between the homes of the people being interviewed and the park and ride facility is 15.0 km, and its catchment area spreads out homogenously over the neighbouring municipalities in the region. Additionally, more than 51% claimed they were influenced by the implementation of the Viennese pay and display system in the 10th district of Vienna. More than 50% have good knowledge of their alternative of using public transport for the whole journey instead of using the park and ride facility. Nevertheless, only 25% of the interviewees stated that they use public transport at their place of residence in the surrounding regions of Vienna on a regular basis. There is no significant difference between men and women with regard to the perception of security while using the park and ride facility. The majority of respondents hold a transit pass, mostly as an annual pass, to use the urban public transport. The paper and presentation will give more detailed information of the results of the research work.

RECOVERY AND OPTIMIZATION OF A FORMER RAILWAY TRANSPORT TRACK 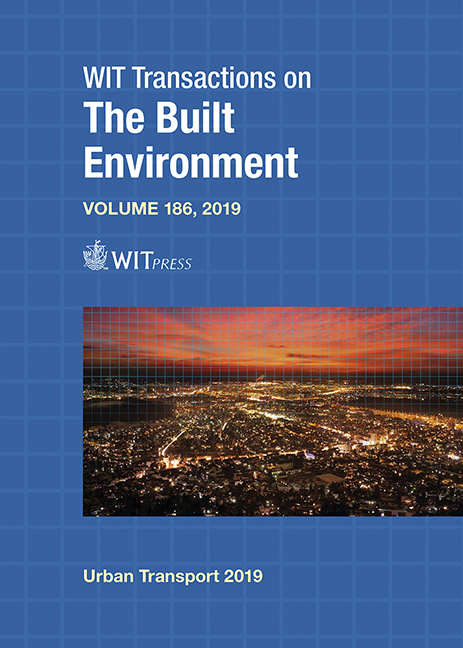 RECOVERY AND OPTIMIZATION OF A FORMER RAILWAY TRANSPORT TRACK