Luvuvhu River Catchment experiences floods resulting from heavy rainfall intensities exceeding 15 mm per hour. The generation of runoff is triggered by the rainfall intensity and soil moisture status. In this study, remote sensing and GIS techniques were used to analyse the hydrologic response to land cover changes. Runoff was calculated as a product of the net precipitation and a curve number coefficient. It was then routed using the Muskingum-Cunge method using a diffusive wave transfer model that enabled the calculation of response functions between start and end point. Flood frequency was determined using theoretical probability distributions. Spatial data on land cover was obtained from multi-temporal Landsat images while data on rainfall, soil type, runoff and stream discharges were obtained by direct measurements in the field, Department of Water Affairs and from the South African Weather Services. The results showed that land cover changes had impacted negatively on the hydrology of the catchment. Peak discharges in the catchment were noted to have increased by 17% over the study period while flood volumes were noted to have increased by 11% over the same period. The synergism between remotely sensed digital data and GIS for land surface analysis and modelling was realised, and it was therefore concluded that hydrologic modelling has potential for determining the influence of changes in land cover on the hydrologic response of the catchment. 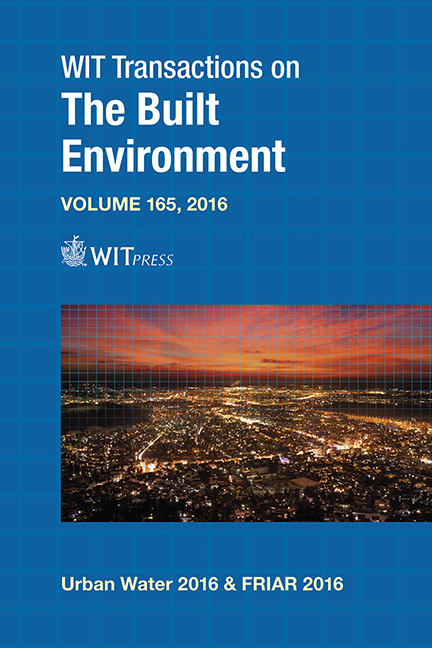