Plans are being made in Japan to launch luxury cruise trains for sightseeing tours. These trains are expected to use both main and secondary railway lines on the network. Secondary lines in particular can sometimes be subject to significant irregularities because maintenance criteria are lower than for mainlines. As a result, rigid-body-mode vibrations, and in particular those in the 1–2 Hz frequency range, tend to increase, which may result in reduced ride comfort. As such, a secondary suspension damping control system using variable vertical hydraulic dampers was developed to mitigate this type of vibration. The system consists of four dampers, a controller, and four accelerometers. Variable vertical dampers are mounted parallel to the secondary air springs. The damping force can be controlled by the command current. The control algorithm which controls the variable dampers is based on the sky-hook control theory. The controller is also equipped with an algorithm which is geared to monitor the state of the damper, which does not require the use of sensors in the system. The algorithm examines the phase difference between the bounce and pitch vibration modes of the car body with the accelerometers used to control the dampers. When a fault is detected, a fail-safe function is activated, stopping damper controlling automatically. Vehicle running tests using an actual vehicle equipped with the control system were carried out. In the tests, the system reduced the peak in the power spectrum density for vertical vibration acceleration due to the rigid-body-mode vibration of the car body by almost 40 per cent compared to when the system was not used. 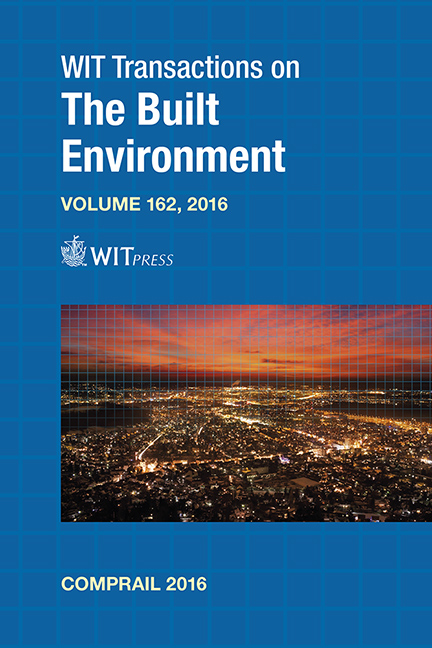