Middle Eastern Islamic countries face an environmental problem mainly the result of an insufficient understanding of how inappropriate architectural solutions, or misconceptions, have led to a crisis in the built environment. This paper will attempt to explore this problem through an examination of the nexus between two main issues: first ‘inappropriate architectural solutions’ that has resulted in the perceived ‘crisis in the built environment’ and the second issue considers the process of how this environmental crisis evolved. This paper argues that the crisis has been exacerbated in Islamic countries because these two issues, architectural and environmental crisis, have generally been discussed through issues such as identity, culture or globalization separately instead of viewing the nexus between them holistically to explore the transformation process from one issue to the other. The paper aims to explore the mechanics of this transition process, on the theoretical and the practical level, through the predominant religious perspective in this region – Islamic perspective. The first issue, the failure of modern architectural solutions, will be considered through four main categories that are potentially inappropriate architectural solutions. The resulting discussion will lead to an examination of nine factors. The paper will consider how these nine factors are the transforming elements of the current architectural weaknesses or, in other words, how the existing architectural crises has transformed into a built environmental crisis through these nine factors.

An Environmental Renovation Strategy Based On Adaptive Control Optimisation Of A Modular Light Regulating Fa&#x00E7;ade System 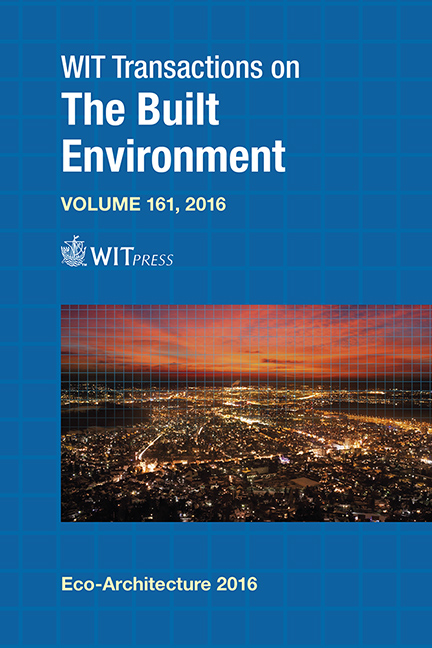