The Effects Of Transportation System On The Urban Sprawl Process For The City Of Iasi, Romania

The exaggerations of housing blocks during the Romanian communist regime were maintained by the growth of income for the middle class population. After 1989, this situation led to the movement of part of the urban population towards the outskirts of the city, a process doubled by the chaotic construction of individual houses. Larger distances between residential areas and work or educational places were the main causes of an increasing individual mobility. In this case, the city of Iasi suffers an unprecedented urban sprawl which took the form of periurbanisation. This paper presents one of its negative sides consisting in the growing demand of individual transport, but also its retroaction, the way in which the increasing car ownership fuels the urban sprawl. This interdependency has been outlined first by analysing the growth of private car ownership, and also the increase of cars among households and by evaluating the efficiency of public transportation in the periurban area. In a second plan, the transport input in the urban sprawl is marked by the evolution of the built-up areas and by the changes produced in land use. The survey revealed a subordination of the public transport to personal car travel in the periurban area, a relationship translated by a smaller frequency of transportation and by a more reduced flow of passengers compared to the city. The use of some of the good farmland has been changed, ignoring the risk of geomorphological destabilization due to the dissolution of old vineyards which sustained the slopes. The construction pace surpasses the means of local administration to ensure the city services or to control the traffic and the architectural changes. Environmental problems are also an issue due to the periurbanisation and the growing individual transportation. The spatial effects of Iasi urban sprawl are valid to all large Romanian cities. 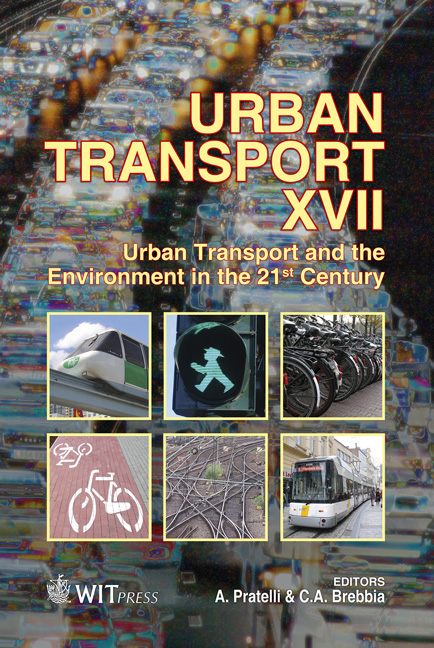