In this paper, a time dependent (dynamical equilibrium) free hexagon DEM is formulated and solved. The main application is found in geomechanics, namely in bumps occurrence in deep mines. The time factor is included in a natural way in the model of discrete elements created by the boundary element method. One of the most important phenomena is the velocity of excavation. In the deep mines the method of depositing packs and its mechanical properties are also decisive. Their mutual coupling can principally influence the safety against bumps. For a correct understanding of the behavior of the rock aggregate (coal seam vs. overburden), the nucleation of cracks finally leading to bumps has to be treated as time dependent, while so far it was observed only from statical equilibrium. According to new experiments and results from accessible literature, a dynamical effect has to be included in thr formulation. Contact problems leading to bumps occurrence in deep mines have been solved in many of the papers of the present author for the static case. Either Lagrangian multipliers or penalty formulation were used. The new formulation has to be submitted in terms of a penalty, which if high enough (bond effect of adjacent elements) suppresses the influence of time. By including the interface properties with the lumped inertia mass of the elements, complex nucleation can be studied and the information on possible rock bursts is improved. From some examples it was shown in the static case that the behavior at the face of longwall mining is close to that near the crack tip, and the differences in material properties of coal and overburden are also not negligible. These factors are also expected to be important in the case of dynamic problems. Some examples show the application of the procedure proposed. Keywords: discrete element method, boundary element method, dynamical equilibrium. 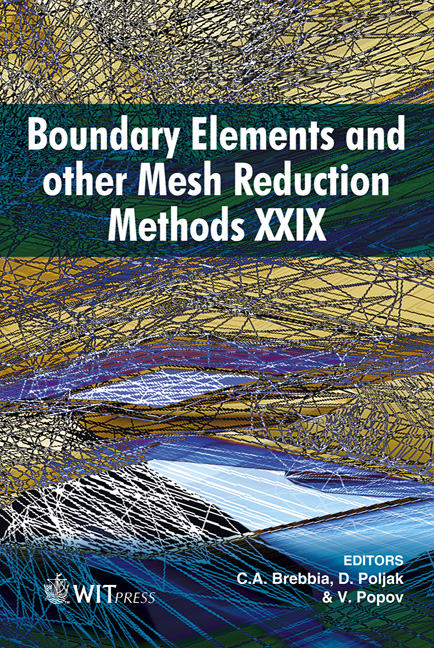