Numerical simulation of induced currents on a slowly moving PEC plane under the illumination of EM pulses M. M. Ho Wu-Feng Institute of Technology, Taiwan Abstract In this paper, numerical simulation of induced currents on a PEC plane in slow motion under the illumination of EM pulses is reported. In the study numerical models are simplified as one-dimensional where PEC planes are assumed to be infinite in size and moving with a constant velocity no faster than 10% of the speed of light. The present work employs a characteristic-based algorithm to numerically predict the effects of moving PEC planes on the interaction between the incident and the PEC surface. The predicted induced currents are recorded as functions of time, whose corresponding frequency responses are also reported. 1 Introduction In many cases, electromagnetic (EM) scattering problems involving objects in motion have been driven great deal of attentions of physicists and engineers. They include the scattering fields as well a 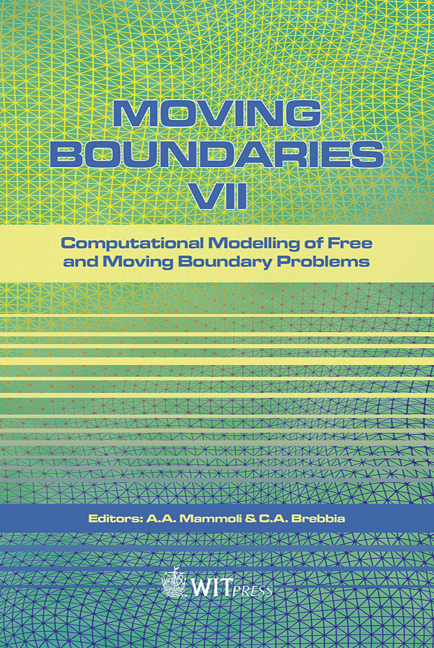