Characteristics Of A Bolted Joint With A Shape Memory Alloy Stud

Creep is an important factor that contributes to the load loss and tightness failure of bolted joints. Retightening of the joint can be expensive, time consuming and therefore is an undesirable solution. Currently most efforts are focussed on reducing load losses directly by tightening to yield, improving material creep properties or making joints less rigid. An alternative solution of current interest is the use of bolts in shape memory alloy (SMAs). However, very few experimental studies are available that demonstrate its feasibility. The objective of this study is to exploit the benefit of the shape memory and superelasticity behaviors of a SMA stud to recover the load losses due to creep and thermal exposure of a gasket in a bolted joint assembly. This paper explores several avenues to investigate and model the thermo-mechanical properties of a bolted joint with a Nickel-Titanium SMA stud. A stiffness-based analytical model which incorporates the Likhachev model of SMA is used as a representation of an experimental bolted joint assembly. Using this model the rigidity of the experimental setup is optimized to make the best use of the SMA properties of the stud. This theoretical model is validated by a Finite Element (FE) Model using a custom FE material model which also implements the SMA material model. Finally an experimental test bench with an optimized stiffness derived from analytical simulations is used, with and without gaskets to demonstrate the ability of the SMA stud to recover load losses. Keywords: shape memory alloys, bolted joints, creep, superelasticity, SMA. 1 Introduction Load losses due to creep in any bolted joint can be problematic, even small creep losses of 0.1mm, can cause a total loss of bolt load. Several methods are in use to 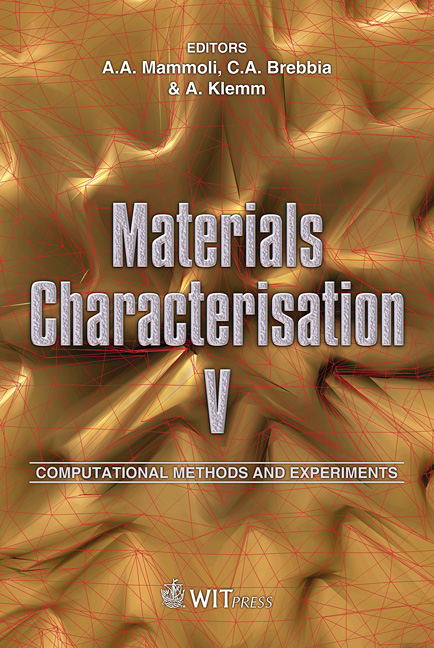