Expansion processes and near-field structures in the two-phase flow within an aerated-liquid jet injected into a quiescent environment were experimentally explored with the confocal x-ray fluorescence technique available at Argonne National Laboratory. Quantitative time-averaged liquid and gas density distributions within the aerated-liquid jet were spatially resolved simultaneously. For the present injection condition, the observation of a dome-shaped gas plume head and a high gas density gradient within a short distance from the nozzle exit clearly indicates that the initial gas expansion processes across the nozzle exit are highly similar to those within a typical under-expanded gaseous jet. With the assistance of compressible gas expansion near the nozzle exit, the liquid plume exhibits a plume width larger than that of the aerating gas plume, leading to a separation between liquid and gas plumes at the downstream location. Expansion of the gas plume creates a region of low gas density, followed by a region of gas density recovery in the near field. The low gas density region resembles the region with over-expanded gas in front of a Mach disk inside a typical under-expanded gaseous jet. The density variation within the low density region, however, is small, indicating a low level of over expansion and a weak Mach disk. The present analysis of Mach disk location within the discharged aerating gas plume shows that, while the location can be generally identified from gas density measurements, the use of correlations for location identification may be unreasonable, due to the lack of direct measurement data on characteristic pressures. 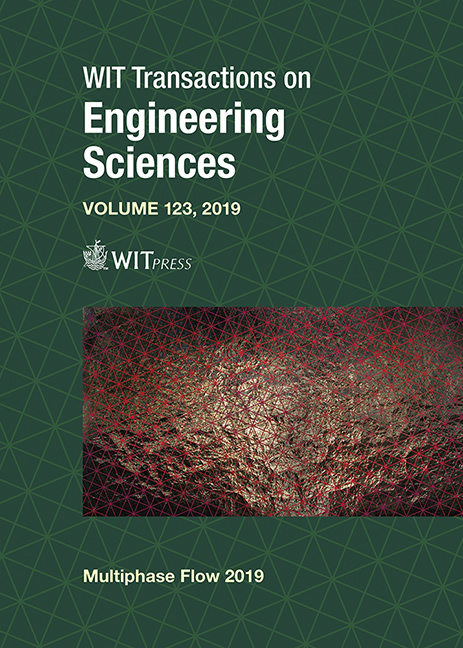