An experiment is described with the objective of quantifying contributions from biomass burning that are generated in Central Brazil in the dry season, and which are brought in to the observation sites in São Paulo state by meteorological air mass transport systems. CO has been measured at two locations in the Paraíba Valley, Monteiro Lobato (22.9 S; 45.8W) and Taubaté (23.5 S; 45.5 W), as a distance of some 100 km from downtown São Paulo. An instrumented air-conditioned trailer was installed in Monteiro Lobato for routine and systematic observations of ozone, O3. Systematic and continuous sampling schedules have been established since November 2003. The air samples are collected and stored in special pressurized cans that are then brought to the INPE laboratory for gas chromatography analyses. Two kinds of regions were observed: relatively clean areas (Monteiro Lobato, Taubaté North and South) and a polluted area (Taubaté Center). Sporadic peak CO values measured for the relatively clean areas during the year are between 920 and 1800 ppbv and for the polluted area were around 12000 ppbv. For the relatively clean areas, a clear seasonal variation can be seen for CO and O3. Higher average concentrations were measured during the autumn and winter seasons and the lowest average concentration was observed during the summer. During the summer the winds blow mainly from the southeast direction oceanic region (clean area) and for the autumn and the winter the transport term contributions come from São Paulo (southwest direction) and from the biomass burning areas (northwest direction). The same seasonal effect was observed for the ozone measurements made at the Monteiro Lobato sampling point. The CATT-BRAMS model from CPTEC was used to determine the origin of the plume of CO that was reaching the Paraíba Valley region, during the period of CO measurements at the sampling points. Keywords: carbon monoxide, atmospheric pollution, biomass burning, trace gas, long-range transport, ozone, anthropogenic activity. 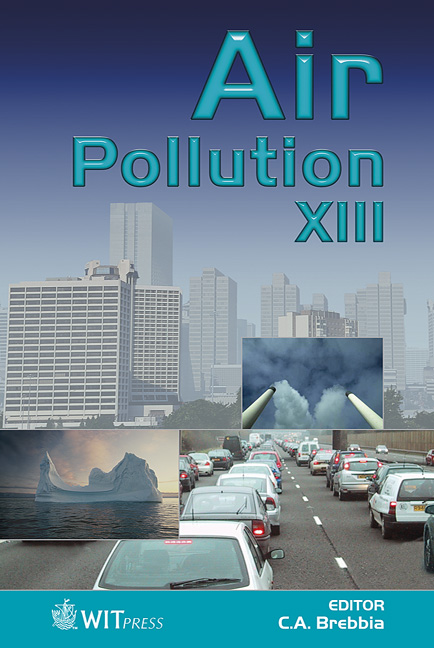