OZONE PHOTOCHEMICAL POLLUTION OVER THE NORTH OF ALGERIA: CARTOGRAPHY AND MODELLING

Tropospheric ozone cartography was established for the first time over the north of Algeria in this work. A set of 50 passive sampling tubes were distributed over Algiers city. The cartography was carried out by the ArcGIS software. The results shows that the highest O3 levels were mainly recorded in the east part of Algiers and to a lesser degree, in the west part. In addition, the ozone data of the Algiers Air Quality Monitoring Network was used to test the RAMS-EPS3-CAMx model system for ozone over the north of Algeria. It shows that there is relatively good agreement between the measured and predicted data with a clear diurnal ozone distribution. The ozone spatial evolution obtained from observation and modelling was relatively similar albeit some registered deviations.

SUSTAINABILITY OF SCHOOLS: A MULTIDISCIPLINARY APPROACH TO STUDYING AIR QUALITY IN EDUCATIONAL BUILDINGS

PM<sub>10</sub>-BOUND HEAVY METAL CONCENTRATIONS AND THE HUMAN HEALTH RISK ASSESSMENT FROM ONE OF THE WORLD&#x2019;S LARGEST MULTIPLE OPEN-PIT COAL MINES 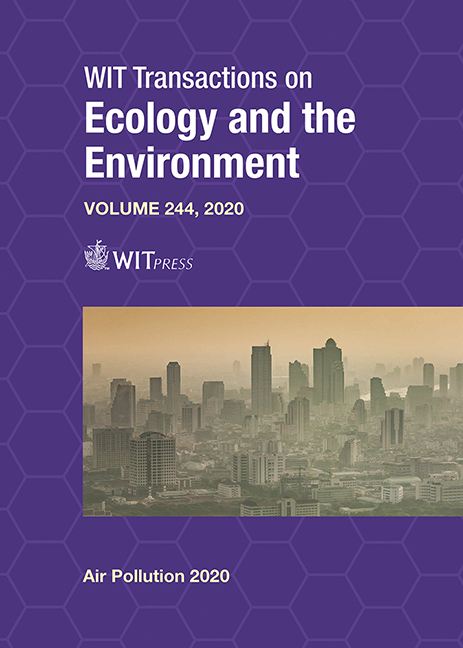 SUSTAINABILITY OF SCHOOLS: A MULTIDISCIPLINARY APPROACH TO STUDYING AIR QUALITY IN EDUCATIONAL BUILDINGS

AIR POLLUTION AND OTHER ENVIRONMENTAL STRESSES: GASEOUS NO2 EXPOSURE LEADS TO SPECIFIC ALTERATIONS OF PSEUDOMONAS FLUORESCENS