Edited By: A. Tadeu, University of Coimbra, Portugal

The agricultural region of San Quintín in the Mexican state of Baja California is a 10,000 km2 semi-arid coastal plain located 300 km south of the US–Mexico border. It is one of the most important agricultural areas of the country thanks to the use of high technology and to the quality of its products. The San Quintín region is the main national exporter of berries, and 20% of the tomato exported to the USA is produced there. Economic development and social welfare options have been factors for population attraction (approximately 30,000 inhabitants in 2010, plus 5,000 temporal workers every year), which, in addition to the natural conditions of the area (no surficial rivers, 150 mm/year of rain), has led to critical hydrological stress (63% of the aquifers are overexploited or salinized). Due to clean water scarcity and long-term drought, cultivated areas have been reduced from 25,000 ha in the 1980s to 8,000 in the present. Despite adverse conditions, San Quintín producers are committed to sustainability and are looking to be the first “green” agricultural district in the country by reducing their CO2 and hydrologic footprint during production. At least 67 desalination plants that process water from the aquifers operate in the region, and the first plant that will desalinize seawater for agricultural use is in process. Even with a government subsidy of 90% of the cost of energy used in the field, producers are considering the use of alternative energy for their desalination plants. This paper shows the strategies and cost of implementation of a renewable energy network for use in desalination plants in the agricultural region of San Quintín.

Edited By: A. Tadeu, University of Coimbra, Portugal

ENERGY AND SUSTAINABLE PERFORMANCE OF A MULTIFUNCTIONAL FA&#x00C7;ADE

LESSONS FROM DEPLOYING LARGE-SCALE SOLAR ELECTRIFICATION IN BANGLADESH: CAN THE LAST MILE BECOME THE FIRST? 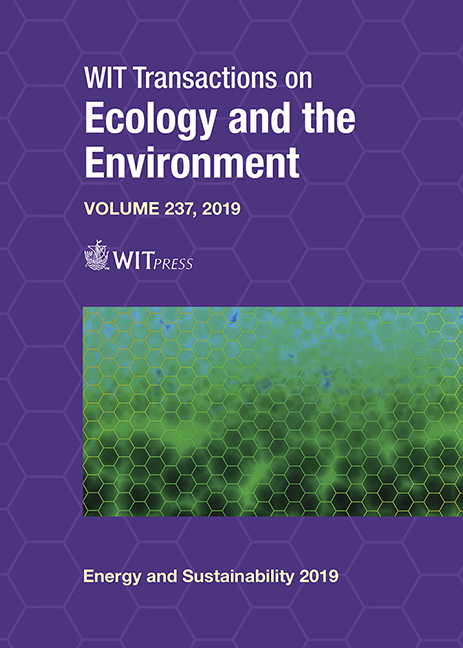 ENERGY AND SUSTAINABLE PERFORMANCE OF A MULTIFUNCTIONAL FAÇADE

LESSONS FROM DEPLOYING LARGE-SCALE SOLAR ELECTRIFICATION IN BANGLADESH: CAN THE LAST MILE BECOME THE FIRST?