Typically, domestic wastewater has been collected and treated at a centralised treatment plant. Limitations and problem are progressively arising for centralised approaches. The construction and operation of centralised wastewater collection and treatment systems are expensive, particularly in areas where the population densities are low and the households are dispersed. On the other hand, growing attention is given to the decentralised system for wastewater treatment which implements a combination of onsite and/or cluster systems. This research focused on designing the anaerobic baffled horizontal wetland system and the feasibility of the system in producing nutrients for non-edible plants. The nutrients measured were ammonia, chemical oxygen demand (COD) and phosphorus. The design of the reactor is the integration of anaerobic baffled reactor, anaerobic filter and horizontal constructed wetland system with Allamanda Cathartica as the ornamental plants. Two similar reactors, known as Reactor A and Reactor B are constructed and evaluated for different scenarios respectively. Reactor A received wastewater influent directly from the oil and grease tank in the sewage treatment plant of Universiti Teknologi PETRONAS, while reactor B received wastewater effluent from a septic tank, which pre-treats the wastewater influent from the oil and grease tank. Both of the reactors are operated at flow rate of 225L/day. The effluents were collected from the anaerobic zones of both of the reactors via sampling points and tested to determine the amount nutrients produced. For reactor A, ammonia, COD and phosphorus has increased by 240%, 105% and 65% respectively; for reactor B, ammonia, COD and phosphorus has increased by 156%, 149% and 157% respectively. Reactor B displayed a higher production of nutrients. These results have shown that the reactors have the potential of producing nutrients for the plants. 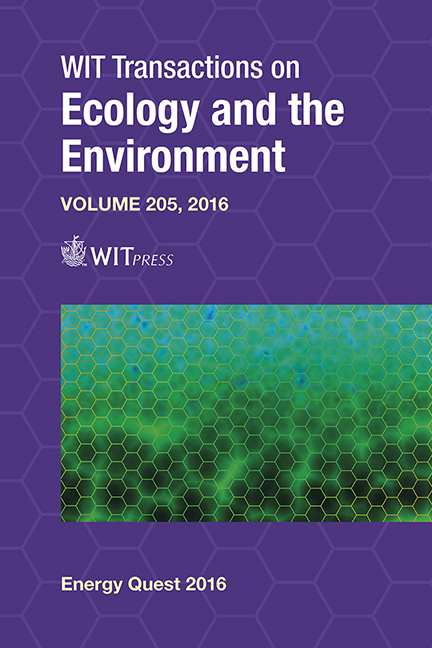