Dry reforming is a process allowing simultaneous conversion of hydrocarbons (methane being the prototype molecule used for this study) to syngas using carbon dioxide as an oxidizing agent. Such strategy may eventually become an opportunity for the industrial sector to produce syngas whilst valorizing residual CO2. As reported previously, an iron-based catalyst, i.e. steel wool, activated by an electrical current showed potential for dry reforming. As a follow up to this preliminary work, this study mainly focuses on the characterization of the lowcost thin iron wires in order to determine the robustness and stability of the iron material over extended operation. Under CO2/CH4 molar feed ratios ranging from 0.8 to 1.25, coking is inhibited by high surface temperature. After 25 hours of operation at a temperature higher than 900°C measured in the gas phase, XRD patterns show a preserved Fe structure along with FeO suggesting an eased redox cycle with CO2 and CH4. It is also showing that a high CO2/CH4 ratio favors higher oxidation states of the iron in the zone of the iron bed, which is first in contact with the gas input. Decreasing the temperature to 800°C favors oxidation by CO2 over reduction by CH4 leading to Fe3O4 formation. This disturbs the Joule dissipation through the wire mesh catalyst bed. Although high molar ratios of CO2 over CH4 result in fast oxidation of the catalyst, reducing the ratio may lead to increasing the catalyst lifespan which, overall, is essential to scale this process to a commercial scale. Keywords: carbon dioxide, dry reforming, iron, syngas, methane. 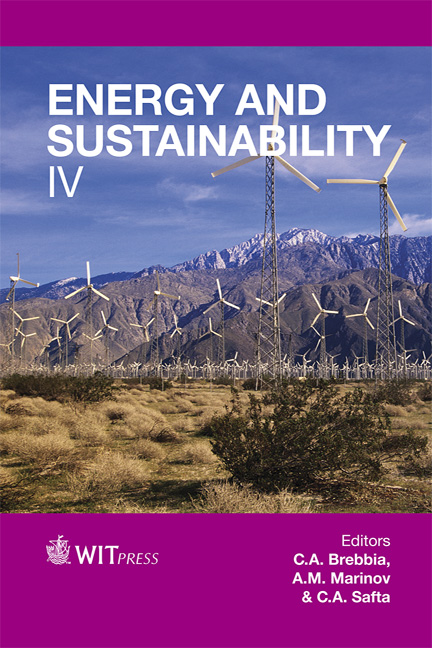