The AERMOD-ISC dispersion model has been used to study the impact SO2 emitted from power stations in Kuwait. SO2 emissions from fifteen stacks were studied to evaluate the pollutant dispersion patterns and the risk of nearby populations being negatively affected by such emission. One year’s meteorological data was used for simulating the ground level concentrations of SO2. The level was estimated based on a model simulating the concentration on an hourly, daily and annual basis. The air quality was monitored at four different residential areas over the course of a year. The simulated concentrations were validated by comparing them with the observed values at four locations in residential areas. The results demonstrated that there is a great similarity in the simulated concentrations with observed values. The model performance was also found to be satisfactory. The hourly and daily concentrations of the simulated model exceeded the KW-EPA limits. This indicates that there is a significant influence of SO2 emission from the power station in ambient air quality. Keywords: air quality, dispersion model, AREMOD, meteorological data, sulfur dioxide. 1 Introduction The deterioration of air quality in urban areas has been shown to be linked to serious health problems. Pollutants such as sulfur dioxide gas (SO2) of power stations can have serious health effects if the ambient concentration in the air reaches high levels. In order to understand the impact of such SO2 emissions, mathematical models are commonly used to predict the temporal and spatial 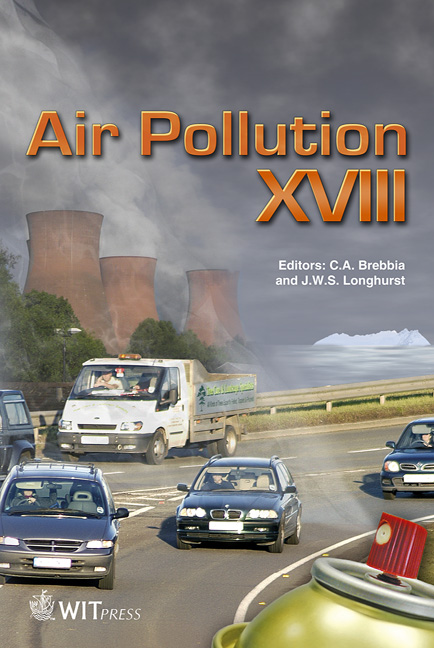