In ancient Greece, the Hanging Gardens have their origin in the cult of Adonis. To honour Adonis, corn and spices were planted on the roof of the houses – and the Cult Garden emerged. By 2,600 BC it was reported that grapevines were used for arbours. Such functional uses were also found in Roman gardens: pergolas with rambling roses and arbour trails rambling with grapevines already existed. As protection against climatic influences, the grass roofs in Scandinavia and also in the hot southern regions were used to equalise temperature and create a pleasant indoor environment. Nowadays, similar temperature regulation is used in Austria and Hungary for subterranean wine cellars. Further subterranean buildings are military bunkers. They were built underneath artificial earth banks, and for a better camouflage, the roof was cropped. In his \“five points of a new architecture”, Le Corbusier explained the necessity of roof greenings. This green roof was one of the first claims for a private green space generated with the atmosphere of nature. Looking at the individual origins of the history of covered buildings more closely, we can compare the different but sometimes similar use of plants to greening buildings in connection with contemporary architecture. Keywords: historical development of greening buildings, vertical garden, green facades, green roof. 1 Introduction The historic development of greening buildings has various origins. In this paper, the meaning of the creation of green roofs in ancient times and the first mention of tendrillar plants that are interwoven with a built horizontal and vertical environment will be analysed and recovered in contemporary architectural tendencies. 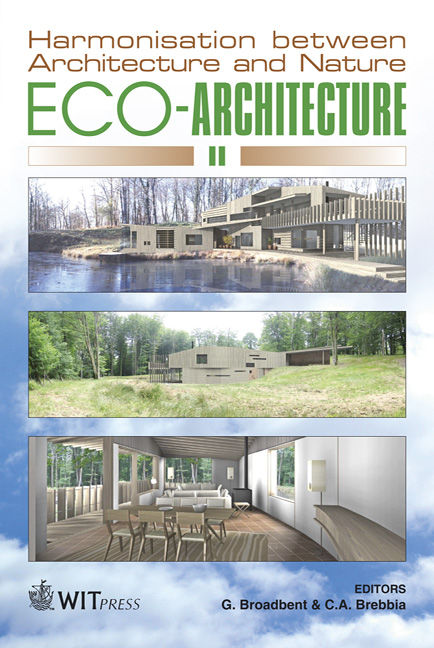