During an oil-spill crisis, emergency action plans define priority locations on coastal zones to be protected by floating booms. Estuaries, fisheries, oyster production, and water supply are some of the most concerned examples. An oilspill boom is a long floating structure, the boom length can be as long as 1 km. A boom is used to deviate or to stop a floating pollution. The strategy to be adopted (deviative or stopping) depends on the current velocity. The sea current velocity and direction are variable in a coastal zone and it can depend on fluvial or tide flow. The variability of the environmental conditions increases the complexity of the mechanical problem. Another difficulty of a boom contingency plan comes from the definition of the adapted boundary conditions. Sea depth and coastal morphology must be compatible with the boom mooring devices: anchor, pile, and fixed point. This paper presents two numerical models named FORBAR and SIMBAR. FORBAR uses a 1D cable equation which permits to handle the boom curve on the sea surface. SIMBAR uses a 3D membrane finite-element which permits to characterize the submarine boom skirt angle. These numerical models are able to give as much mechanical information as required to optimize the system. A comparison between the two numerical models, 1D model (FORBAR) and 3D model (SIMBAR), is shown in the case of the Elorn river (Brittany, France) contingency plan. Keywords: spilled oil, containment, floating boom, coastal waters. 1 Introduction A floating boom is a flexible structure moored on a coastal zone [1]. A boom is composed of a floating device (inflatable tube) and an immerged flexible skirt. 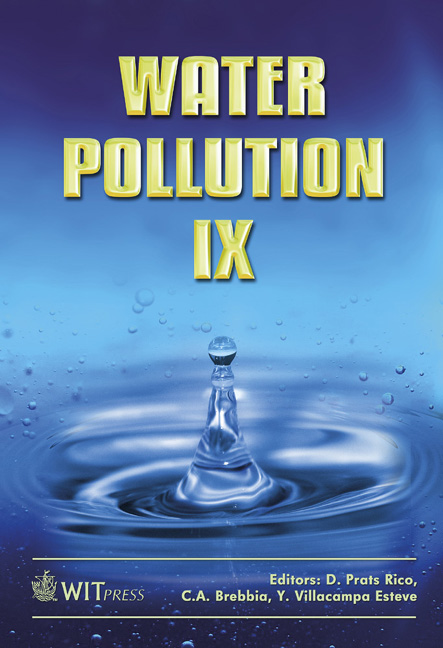