A cyclic bending study using a stress ratio of 0.1 was conducted on unidirectional 45oCFRP with a 60% nominal fibre volume fraction. This allowed the continuous matrix damage evolution to be followed without the influence of delamination. Damage was monitored by changes in the fatigue modulus, increase in crack density and amount of permanent bending. It was found that their effects were complementary and that, in general, damage evolved in the same way as that observed in unidirectional tension-tension cyclic tests. All three monitoring techniques showed that damage accumulation was cycle dependent. Damage may be divided into two main stages, with rapid growth at the onset of cycling to about 10-20% life (Stage I), after which the damage increases slowly, but steadily, to failure (Stage II). Keywords: CFRP, polymer matrix composites, fatigue damage accumulation, cyclic bending, two stage damage. 1 Introduction Fatigue damage in polymer matrix composites occurs in several forms including matrix cracking, fibre fracture and buckling, debonding at the matrix/fibre interface and delamination between plies. Initial cracking occurs preferentially in the relatively weak matrix. Since there are many stress concentration sites in the matrix adjacent to the fibres, matrix damage is a process of initiation and gradual coalescence. Because of continual crack initiation and propagation, matrix cracking is regarded as progressive damage, as opposed to non progressive damage of the fibres. 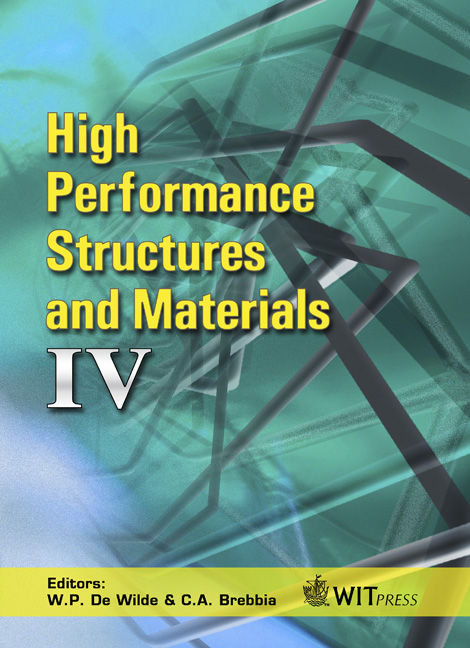