Recently, local heavy rainfall and typhoons have increased the level of human and property damage in urban environments. Moreover, inundation due to urban flooding has led to severe traffic network disruption and accidents. Rainfall is considered one of the key factors influencing vehicle speed. Thus, in this study, we developed a rainfall (mm)–inundation depth (cm) curve formula to predict changes in vehicle speed under urban flooding. To produce the inundation depth data, rainfall over 10–200 mm was increased by 10 mm, and the respective runoff data were calculated using S-RAT (Spatial Runoff Assessment Tool), a distributed runoff model. Next, the simulated runoff data was inputted to the flood inundation model, Flo-2D. With the use of such assessed formula and previous research on the rainfall (mm)–vehicle speed (km/h) relation, the rainfall (mm)–inundation depth (cm)–vehicle speed (km/h) curve formula was created. The pilot areas were Seoul metropolitan in South Korea, which was divided into 1×1 km grids. Finally we could analyse the impact of urban flooding on traffic disruption. According to the analysis, the flooding area during the time of the actual rainfall was found to have poor traffic, but there are some areas where the speed was not reduced. The results from the flood depth–vehicle speed curve could be derived by reflecting the hydrological characteristics of each grid, but the curves for the rainfall–vehicle speed formula did not reflect the characteristics, resulting in most grids having similar patterns. Through this process, a traffic reduction rate map was developed and the speed reduction by section was suggested. 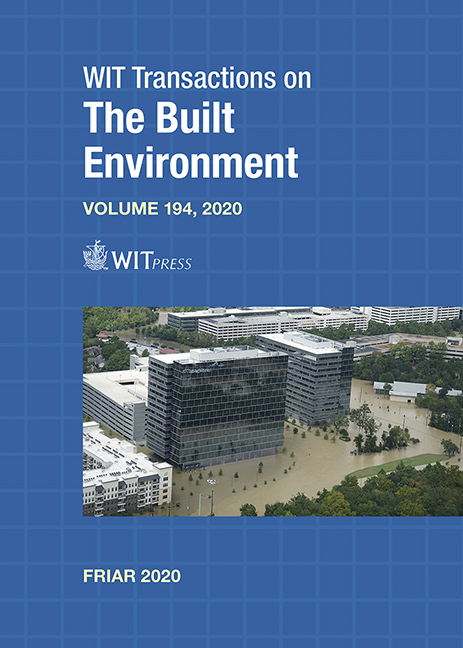