COST OPTIMIZATION OF A CANTILEVER ROOF STRUCTURE FOR A SMALL FOOTBALL STADIUM IN LIMBUŠ, SLOVENIA

The paper deals with the cost optimization of a cantilever roof structure, designed for a small football stadium in Limbu�, located close to the city of Maribor, Slovenia. The structure was proposed to be designed from steel I sections for columns, beams and struts, and from reinforced concrete bases. The cost optimization of the structure was calculated by the Mixed-Integer Non-linear Programming (MINLP). The MINLP optimization model of the structure was developed. A cost objective function was applied and subjected to the design, resistance and deflection constraints. The dimensioning constraints were defined in accordance with Eurocodes 2 and 3. The Modified Outer-Approximation/Equality-Relaxation (OA/ER) algorithm was used. 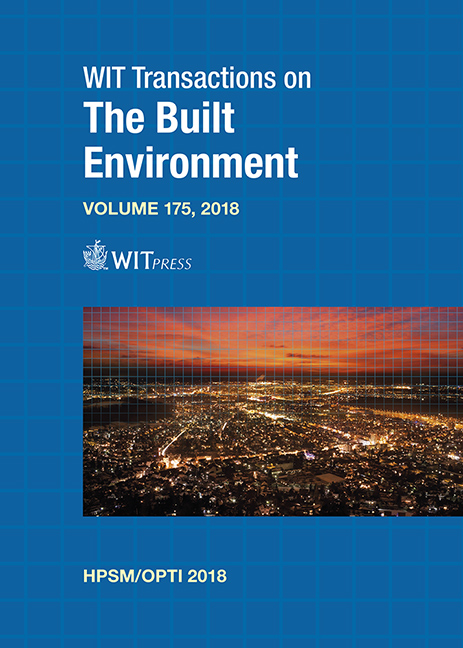