How The Savagism Of Motorbike Culture Has Shaped The Narco City

The narco-motorbike is often identified by Medellinenses as a red Yamaha. This vehicle is not only a means of private transport, but it is also used for committing crime by the traffickers. This mode of transport represents a culture of success, death and ambiguity between ‘good’ and ‘bad.’ This research studies the evolution of the culture of this vehicle in Medellin by looking at how the narco motorbike has changed the city and how the competitive environment of capitalism and symbiosis with the machine could end in a violent city inside a ‘capitalist paradise.’ This analysis observes the evolving narco-motorbike from historical, architectural, biological, technological and anthropological perspectives, and the complex relations between popular culture, urbanism, transport and social media. The aim of this research is to understand how the motorbike culture originates in the first place and how the narco-motorbike has influenced the contemporary city.

The methodology was an inductive approach because the theory came from analysing the case study first. This analysis is done by using the ‘multilinear evolution,’ which essentially studies the significant alteration of a particular culture, so a cultural law should be identified. The result of this study was that the motorbike is frequently seen as a criminal object. Instead, of avoiding the motorbike, Medellinenses seem to consider it as a way to protect themselves from the sicarios. This new urban culture might be seen as a magnetic attraction because basically, the contemporary motorbike culture encapsulated a cultural polarity.

South African Public Opinion On The State Of Urban Transport: An Appraisal Of The Achievement Of Policy Objectives

Resilience And Sustainability: An Integrated Method For Quantitative Assessment Of A Bridge &#x2013; A Case Study

Management Of Infrastructure&#x02019;s Safety Under The Influence Of Normative Provisions 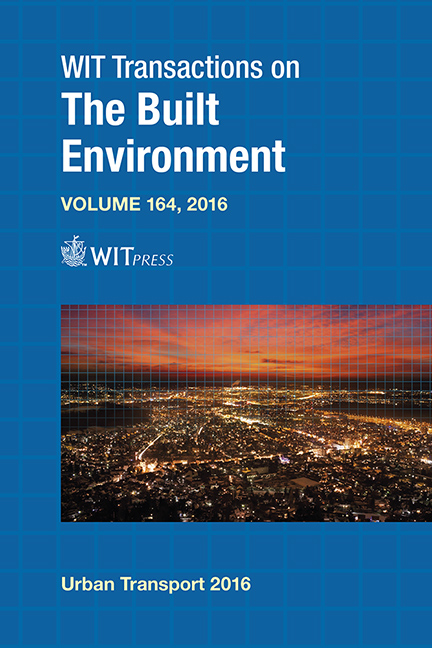 South African Public Opinion On The State Of Urban Transport: An Appraisal Of The Achievement Of Policy Objectives

Resilience And Sustainability: An Integrated Method For Quantitative Assessment Of A Bridge – A Case Study

Management Of Infrastructure’s Safety Under The Influence Of Normative Provisions