This paper presents the evaluation of the dynamic loads for the qualification of a robotic arm, to be installed on-board the USV3-PRIDE spacecraft.

CIRA is developing a fully reusable unmanned space vehicle, code named USV3-PRIDE, to be launched by VEGA. The system is capable of orbiting, de-orbiting and gliding back to Earth with high manoeuvrability and controllability throughout all flight regimes (i.e. hypersonic re-entry, supersonic, transonic, subsonic) and performing a safe ground landing on a conventional runway by a landing gear system. Such aerospace systems could lead to the new technological frontier to master both new and innovative orbital robotic systems in the near Earth environment, as well as to explore the hypersonic flight regimes necessary to re-enter the earth from above 300 Km altitude to the ground, which represent the same flight levels of the future aerospace transportation systems.

The spacecraft is equipped with a robotic arm which provides the capability to ship a payload and interface with a space tug towards the International Space Station.

During ground operation and flight the spacecraft is subject to different kinds of loads, both static and dynamic. These excitations are from different origins such as operational, aerodynamics or propulsion. In particular, for the mechanical qualification of the robotic arm and the other subsystems, the dynamic environment provides for the most severe conditions in terms of local accelerations.

SRS analysis is necessary to calculate the structural local response to shocks and to estimate the maximum dynamic response of a structure. The spacecraft is subject to shock primarily during stage separations, fairing jettisoning and actual spacecraft separation.

Sine equivalent dynamics accounts for sinusoidal excitations affecting the launch vehicle during its powered flight (mainly the atmospheric flight), as well as during some of the transient phases. In the case of VEGA launcher the sine vibration is applied to the USV3-PRIDE base exciting all the sub-systems, including the robotic arm.

Results give guidelines for both the robotic arm design and the mechanical interface to the USV3-PRIDE airframe.

A Practical Method For Assessing Reinforced Concrete Members Under Impact

Awareness Of The Vulnerability Of Critical Infrastructures To IEMI Threats: Lessons From Austria

Survey Of Damage To Schools And The Initial Stage Of Recovery After The 2013 Typhoon Haiyan, Leyte Province, The Philippines 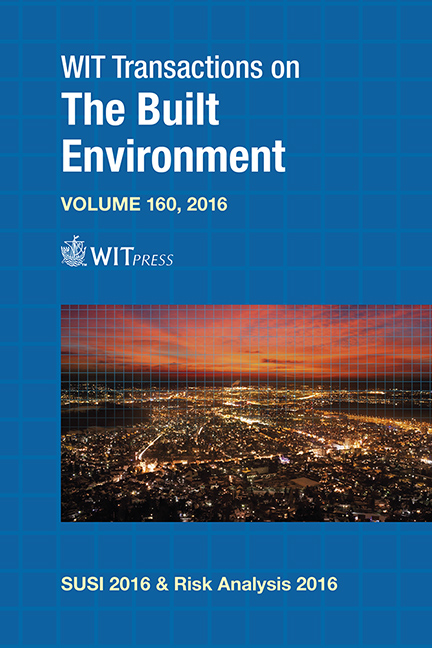 A Practical Method For Assessing Reinforced Concrete Members Under Impact

Awareness Of The Vulnerability Of Critical Infrastructures To IEMI Threats: Lessons From Austria

Survey Of Damage To Schools And The Initial Stage Of Recovery After The 2013 Typhoon Haiyan, Leyte Province, The Philippines