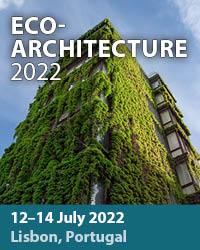 A Review Of Elastic Grid Shells, Their Erection Methods And The Potential Use Of Pneumatic Formwork

The evolution of elastic grid shells has observed significant progress in the fields of computational form-finding, structural analysis and to some extent buildability since their inception in the 1960s. While the engineering precision of built elastic grid shells has increased on the whole (most notably Chiddingstone Orangery Savill Gardens), the size and span of modern elastic grid shells has decreased. Furthermore, building costs per square metre for such structures have also increased. Despite an increase in the frequency of elastic grid shells built in Europe over the last two decades, fuelled in part by academic curiosity, the low sample makes interpreting trends in their adoption rate difficult. Nonetheless the failure for more widespread adoption in the built environment of this low-tech, large-span building technology may be attributable to the increased serviceability demands of modernised building codes coupled with limitations or apprehension caused by health and safety legislation. While the idea has been considered before, it is argued in this paper that the use of air-inflated membrane cushions for the erection of elastic grid shells has the potential to significantly reduce the demands on structural performance of the nodes and beams when compared with the crane and cable erection method and that when compared with the scaffolding erection method, the air-inflated cushion approach can offer paralleled safety but at a fraction of the time and cost. It is believed that this technique offers a way to once again facilitate largescale, low-cost elastic grid shell buildings in the modern built environment such as have not been since the likes of the Multihalle Mannheim. Keywords: elastic grid shells, pneumatic formwork, active bending, erection.

The Genius Loci In The Globalization Millennium: Temporary Dwelling

Temporary Systems After The Earthquake In L’Aquila

The Structural Design And Construction Of A Cable Bending-active Structure

The Thermal Performance Of Shelter Modelling: Improvement Of Temporary Structures 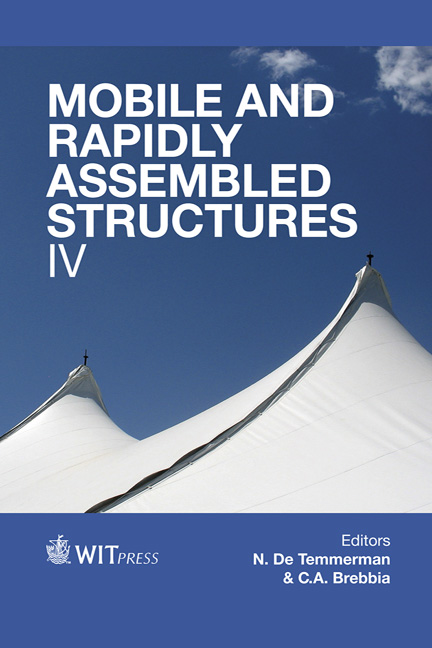 The Genius Loci In The Globalization Millennium: Temporary Dwelling

Temporary Systems After The Earthquake In L’Aquila

The Structural Design And Construction Of A Cable Bending-active Structure

The Thermal Performance Of Shelter Modelling: Improvement Of Temporary Structures