Real-time manipulation of objects in micro flows is important due to an ever increasing interest in demanding medical applications. Specialized swimming micro robots are expected to perform minimal invasive surgery consisting of various in vivo tasks. Moreover, fluid forces exerted on moving surfaces are crucial for maneuverability if swimming micro robotic tools are ever to play a key role in therapeutic applications. Hydrodynamic forces acting on an isolated object of regular blunt shapes immersed in micro flows are calculated by resistive force coefficients based on the Stokes Flow approximation derived by analytical means. However, force coefficients presented in literature often lack the accuracy to predict the hydrodynamic interactions between rotating and translating objects of irregular shapes, and rigid concave surfaces such as a rigid helix moving inside a cylindrical channel. In this study a set of parameterized 3D CFD simulations are carried out using a novel geometric representation for rigid helical tails of varying sizes and of varying distances with respect to the wall of a cylindrical channel. Furthermore, the complex rigid-body motion of the helix is represented by a series of simple translations and rotations. Each simulation is governed by Stokes equations and carried out by a commercial CFD package. A generic resistive force coefficient set is obtained via surface-fit procedures based on the hydrodynamic forces computed by the CFD simulations along the tangential, normal and binormal directions on the moving and rotating helical surface. Finally, using a reduced-order microhydrodynamic model, the proposed coefficient set is validated with empirical data collated using bio-inspired cm- 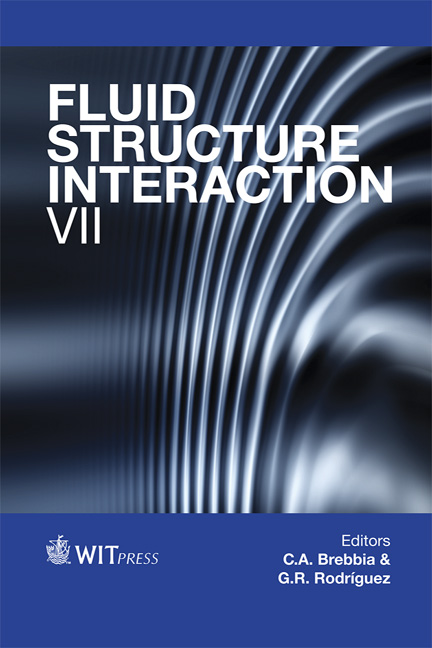