The city of Dywania is located in the middle of the south area of Iraq where many archaeological sites are located – some of which have been revealed and some have not, such as Nafir, Nibbur and King Ghazi Palace. Meanwhile, the city embraces many touristic religious sites as prophets’ shrines and their followers. Despite the above, we have not seen any noticeable development in the city although the government has spent a huge budget in the city during the past ten years due to the absence of a real and successful vision for development, depending on the city potentials; this is the situation in most Iraqi cities. The reason behind the idea of this study is to identify a mechanism for developing Iraqi cities, taking Dywaniah as an example; interrelating between expanding ways by building modern cities and villages around the old city and transforming the people of the old cities gradually. Accordingly, making the cities commercial, economical, touristic, religious and archaeological centres according to the potentials the city has. A scientific analytical method has been used to accomplish the goal of this study. In the study 500 people have been chosen randomly for the questionnaire and the percentage degree is used for the results. Also, this study includes the analysis of the current Iraqi society situation and the effective factors on development. The study shows that it is not possible to rely on the personal initiative of the citizen in the development and construction of his city, as there is a need to stop spending large amounts of budgets to develop centres of ancient cities, because it is not feasible. The study also confirms the need to follow the style of working on the development of cities through creating modern cities and villages depending on scientific ingredients to create and establish cities surrounding the current centres and then developing these centres and turning them into commercial, economic, and industrial centres according to their components. 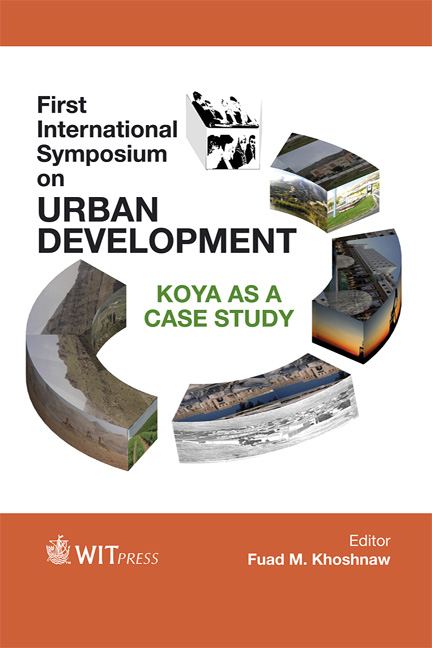