Meshless, BE, FE And FD Methods Analysis Of The Flow And Concentration In A Water Reservoir

In an earlier study, three methods, the meshless, the boundary element (BEM), and the weighted finite difference (WFDM) were developed to obtain numerically stable and convergent results for the concentration distribution and flow around a DO-supplying machine in a water reservoir. The poor-oxygen layer, which is short of or lacks dissolved oxygen (DO), sometimes causes pollution in the water in a reservoir. An attempt was made to ameliorate the concentration of oxygen in the lower layer of the reservoir by using a machine that supplies DO. Field studies in a few water reservoirs led to reports of a phenomenon in which the distance reached by the DO-rich water was more than 300 metres in spite of the very low velocity of the water flow. To numerically represent the phenomenon described above, we would like to investigate the numerical solutions of the meshless method, the BEM, the finite element method (FEM), and the finite difference method (FDM) and compare them with the observed results. With reference to the velocity vectors of the water flow calculated by the FDM, the BEM, and the FEM and observed in our model simulation described above, the effect and accuracy of the alternative meshless method were estimated. Keywords: meshless method, boundary element method, finite element method, finite difference method, and flow and concentration in water reservoirs. 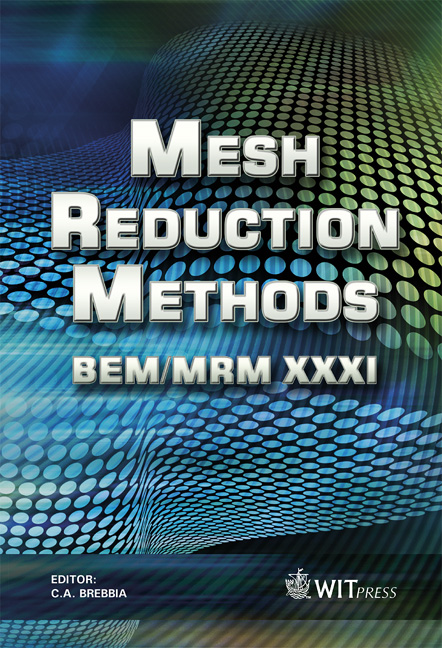