Nonlinear dynamic analysis of heterogeneous orthotropic membranes by the analog equation method J. T. Katsikadelis & G. C. Tsiatas Department of Civil Engineering, National Technical University of Athens, Zografou Campus, GR-15773, Greece Abstract In this paper the Analog Equation Method (AEM), a BEM-based method, is employed to analyze the dynamic response of flat heterogeneous orthotropic membranes of arbitrary shape, undergoing large deflections. The problem is formulated in terms of the three displacement components. Due to the heterogeneity of the membrane, the elastic constants are position dependent and consequently the coefficients of the partial differential equations governing the dynamic equilibrium of the membrane are variable. Using the concept of the analog equation, the three-coupled nonlinear second order hyperbolic partial differential equations are replaced with three uncoupled Poisson's quasi-static equations with fictitious time dependent sources. 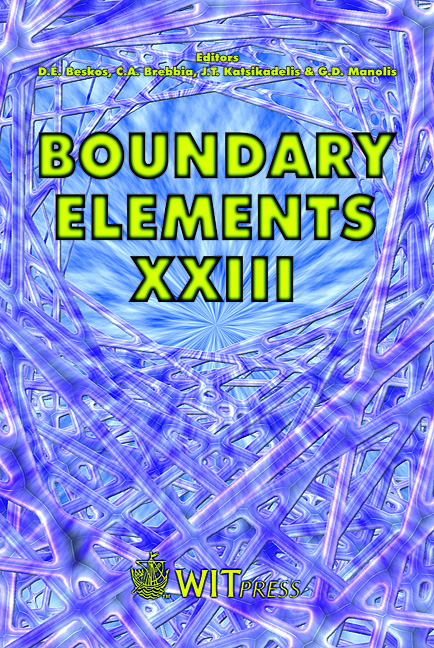