The influence of solid lubricants, normal load, sliding speed and water environment on the tribo-performance of solid lubricant-containing SiO2-epoxy composites is investigated. 10 to 15 wt% PTFE concentration yields a low coefficient of friction (CoF) and low wear rate under 60 N load. With increasing PTFE concentration in the composites, the load capacity decreases. Graphite exhibits worse friction and wear performance than PTFE under dry sliding condition, i.e. the CoF increases with a decreasing load in ball-on-disc. A higher concentration of PTFE-containing tribolayer on the worn composite surface is found under a higher load. The CoF and ball wear rate increase with increasing sliding speed under dry sliding, which is accompanied with an increase of the surface temperature of the composite. A high relative humidity is advantageous for a low friction due to adsorbed water molecules that lubricate the sliding couple. Water lubrication leads to a lower wear rate of the PTFE and graphite filled composites, whereas it gives rise to a higher wear rate of the Al2O3 ball due to the lack of protection of the transfer films. 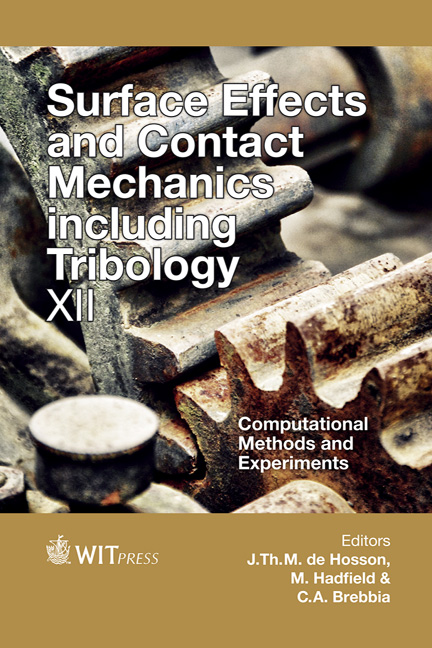