This paper describes the experimental results of a new film cooling method blowing through circular and shaped film cooling holes with swirling coolant flow. The experiments have been conducted by using a low-speed wind tunnel. The film cooling effectiveness on the flat wall was measured by using pressure sensitive paint (PSP) techniques. In addition, the spatial distribution of the film cooling effectiveness and flow field were measured by leaser induced fluorescence (LIF) and particle image velocimetry (PIV), respectively. In the case of the circular film cooling hole, the coolant jet penetration into the mainstream is suppressed by the swirling motion of the coolant. As a result, although the coolant jet is deflected in the pitch direction, the film cooling effectiveness distribution on the wall keeps a higher value behind the cooling hole over a long range. Additionally, the anti-kidney vortex structure disappeared. For the shaped cooling hole, the coolant jet spreads wider in the spanwise direction at the downstream. Thus, the pitch averaged film cooling effectiveness at the downstream was 50% higher than that of the non-swirling case. Keywords: gas turbine, heat transfer, film cooling, PSP, LIF, PIV. 1 Introduction Gas turbines are used for aircraft propulsion and land-based power generation. Developments in turbine cooling technology play a critical role in increasing the thermal efficiency and power output of advanced gas turbines. Gas turbine blades are cooled externally by film cooling. This is achieved by injecting relatively cooler air from the internal coolant passages out of the blade surface in order to form a protective layer between the blade surface and hot gas-path flow. The interaction between the film-cooling air and the mainstream, which is 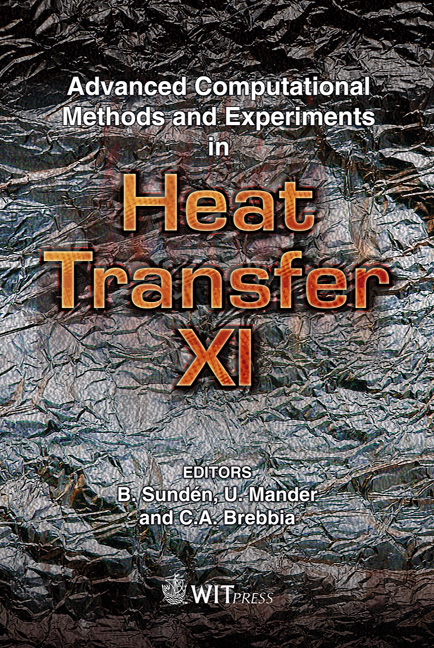