Meandering Of A Particle-laden Rivulet

The behavior of a rivulet flowing down an incline is a fundamental problem in hydrodynamics, with many important applications in water resources engineering, largely because of its connection with natural meandering flows (rivers and streams). Recent advances in the understanding of laboratory rivulet flows reveal several important features of the rivulet behavior that are directly relevant to this connection with natural flows. Rivulet meandering is triggered by irregularities in the flow rate at the origin, and amplified by re-absorption of droplets left on the inclined surface by the previous meanderings. This leads to a statistically nontrivial behavior, with the spectrum of an ensemble of rivulet deviations from its centreline obeying a power law. Some of the statistics of the laboratory rivulets (e.g., the area swept by the rivulet) closely resemble those of real rivers (Hack’s law). However, there are many important physical differences between rivulets and real rivers. Among them is the fact that the flow in real rivers and streams is often multiphase (sediment-laden). Here we present the results of laboratory experimentswith rivulets, where the flow down an inclined, partially wetting plane carries a well-characterized particulate to model sediment flow. The most notable change produced by the addition of the particles is the formation of a stationary meandering pattern, which does not occur under the same conditions for the flow without particles. Keywords: meandering, free-surface flow, flow with particles, rivulet. 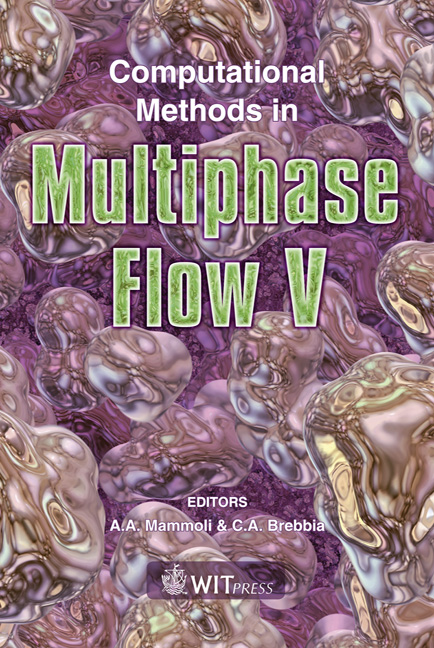