This article presents a background of the gas turbine blade cooling technologies along with numerical methodologies and physical models that are most commonly used in the computations of blade flows in gas turbine blades. In addition some advancement in the cooling technologies is also discussed. Keywords: high temperature flow field, gas turbine, advanced cooling technology. 1 Introduction To increase the efficiency and the power of modern power plant gas turbines, designers are continually trying to raise the maximum turbine inlet temperature. Over the last decade the temperature has risen from 1500 K to 1750 K in some high-performance units. With this increase of the temperature only about 25% can be attributed to improved alloys. New materials, such as ceramics, could help increase this maximum temperature even more in the future. However, most of the recent improvements in inlet temperature come from better cooling of the blades and a greater understanding of the heat transfer and the threedimensional temperature distribution in the turbine passage. Higher gas temperature generally causes increased blade temperature and greater temperature gradients, both of which can have a detrimental effect on service life. As of today improvements in computational techniques in turbomachines have been attempted by industrial researchers because the numerical approaches are quite advantageous in comparison with experimentation, due to its ease of modeling, relatively complicated geometry and an unsteady flow nature. In fact, modern turbomachinery operates under extremely complex three-dimensional flow conditions, and further improvement in performance requires detailed 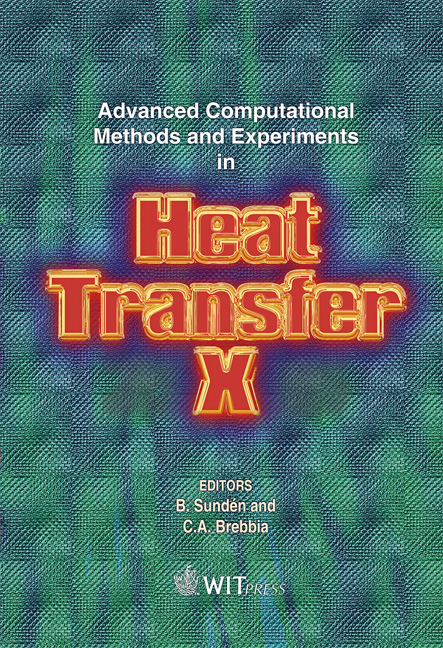