In November 2000, heavy rains in Slovenia triggered numerous slope processes. Among the largest were the landslide and debris flow in Log pod Mangartom in western Slovenia. This paper describes the main geographical, geological, and geomechanical features of the debris flow, detailing its causes and describing the consequences. The facts presented in the article demonstrate that intensive geomorphic processes are relatively frequent phenomena and are an important factor in the transformation of the surface in alpine regions. Keywords: geography, geomorphology, natural hazards, slope processes, debris flow, landslide, Log pod Mangartom, Slovenia. 1 Introduction Log pod Mangartom (651 m; population about 130) is a nucleate roadside settlement located on the right bank of the Koritnica River on the alluvial fan of its tributary Predelica stream. On November 17, 2000, a debris flow struck the village. According to Ogrin [11], the Koritnica Valley has a temperate continental climate. Between 1961 and 1990, an annual average of 2,500 mm of precipitation was recorded, and avalanches regularly threaten the valley floor [13]. The area is part of Triglav National Park. 2 Debris flow At 12:45 on November 15, 2000, a landslide was triggered west of Mount Mangart (2,679 m) above the valley of the Mangartski Potok stream, which has an inclination greater than 10%. The landslide stopped almost two kilometers 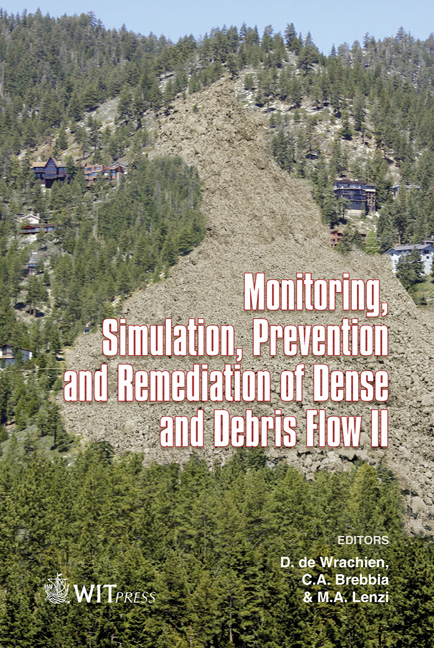